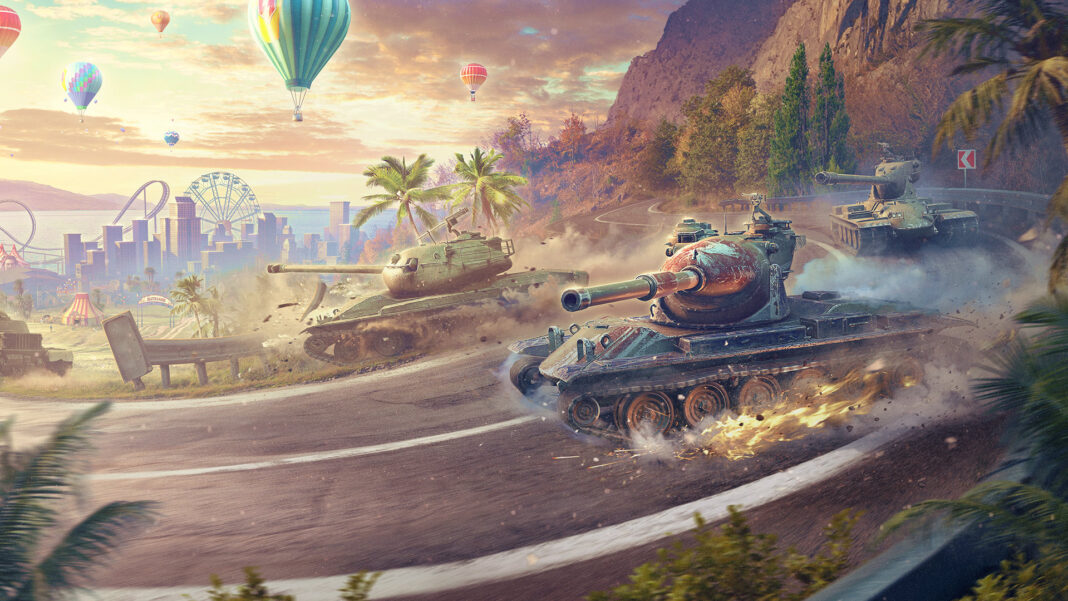 Now, it has just launched its 8.0 update, giving it more life-like visuals and a new line of American heavy tanks, and has launched its 7th anniversary celebrations.

“World of Tanks Blitz has a tradition of dropping important updates and adding special activities on its anniversaries to celebrate them together with the community. This June, we treat our player base to a slew of long-developed improvements to graphics that will make the battlefield visual experience even more realistic without impacting the performance, a new U.S. tank line with a fresh mechanic, and lots of fun modes and events,” says Andrey Ryabovol, WoT Blitz Product Director. “To express gratitude to our fans for their keen interest and valuable feedback over the years, Blitz will pay respect to their in-game achievements with seniority awards this month. Happy birthday, World of Tanks Blitz!”

With Update 8.0, Blitz graphics got much flashier, with cool new features including realistic suspension behavior, sticky mud and snow, and vehicles getting visibly wet when taking a dip to wash off all that dirt and snow (and drying up later). Metallic surfaces got shinier, and rubber and cloth parts became bouncier and flappier, with physically based rendering. Five brand-new vehicles have already joined the game in the improved graphic quality and with more to come in future. All 370 tanks already existing in the game will be gradually upgraded to the new standards as well.

The new American heavy line is four Tier VII–X vehicles based on tank projects created in 1953 as part of a U.S. Army advanced research program. This shows in experimental and sometimes outlandish solutions used, like the engine placed in the turret. All the newcomers are ‘hard-headed’ with good gun depression angles and thus are good at hull-down play. They also have the new “track within a track” feature making them hard to immobilize. The Tier IX and X rides both offer a choice of two autoloader guns with clips for two or three shells. The first option comes with a larger alpha and less time between shots in the clip. The second one brings shorter clip reload time (and more DPM) together with better accuracy and armor penetration.

The birthday celebration really begins when World of Tanks Blitz invites you to Blitzland the tank themed amusement park! Visit “Shooting Gallery” (June 14–21) and “Strength-o-Meter” (June 21–28) to win the unique Tier V Pz. IV Gargoyle and Tier VII Kunze Panzer tanks. Also be ready for the return of the beloved Mad Games and Uprising modes. On June 21, the Souvenir Stall will open for a week. Check the schedule of Blitz birthday activities on the game’s official portal: https://wotblitz.com/