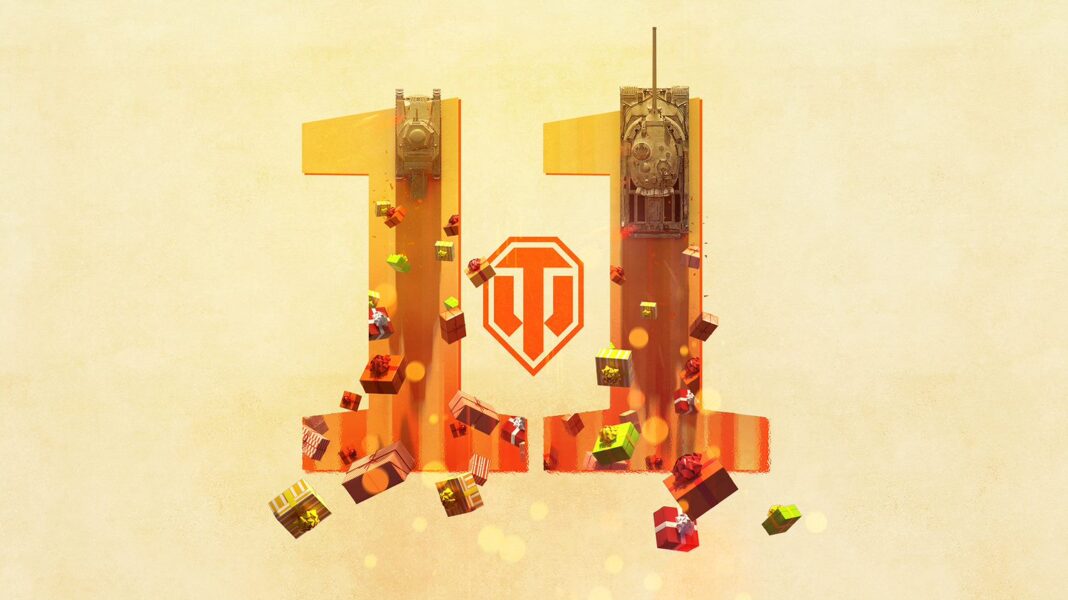 World of Tanks’ August Heat is hotting up even more with their 11th birthday celebrations. As with any anniversary, World of Tanks is offering up some great gifts to say thank you to their players for their continued support with Summer Presents.

For simply logging into the game, tankers will get their hands on a brand-new, historically accurate Premium tank: the T-34 with L-11. This Tier IV Soviet medium tank features a default concealment bonus and will come with a 100% trained crew and a Garage slot.

Additionally, tankers who log in 7 times on separate days between August 12th and 22nd will be rewarded with 7 days of World of Tanks Premium Account and 7 Gift Tickets, which can be exchanged for valuable rewards, including bonds, credits, and even more valuable goodies in a special section of the in-game Store.

“We’ve prepared a special event for our 11th anniversary with some great gifts, and we invite all players, old and new, to come join us,” states Max Chuvalov, Publishing Director, World of Tanks. “We really hope everyone enjoys what Summer Presents, Update 1.14 and August Heat as a whole bring to the game!”

Another huge part of August Heat is in full swing: the above-mentioned Update 1.14. The latest update introduces a line of Czechoslovakian heavies which will follow on from the Škoda T 25, the Tier VI medium tank. These beasts sport a feature unique to them: the choice of two guns, which are both equal in terms of performance and stats, but one features a two-shell autoloader, the other a classic cyclical gun. Additionally, with Update 1.14, tankers will also have more freedom to tinker and tune their vehicles to better suit their roles on the battlefield. Field Modifications are available to all Collectors’ and Tier VI-X vehicles, excluding rental ones.

As well as Czechoslovakian reinforcements and Field Modifications, a new map, Safe Haven, is coming to World of Tanks. Available for Random Battles, this summer map takes inspiration from 1960s Japan and features a soundtrack by the World of Tanks audio team and Akira Yamaoka, the man behind those iconic Silent Hill compositions.

And finally, Update 1.14 will also see the return of Frontline for the first time in 2021, a new game mode called Topography which will test and improve tankers’ knowledge of maps and various changes to select Premium vehicles and the Personal Missions for Artillery.

For more information about the Summer Presents event, visit worldoftanks.com.