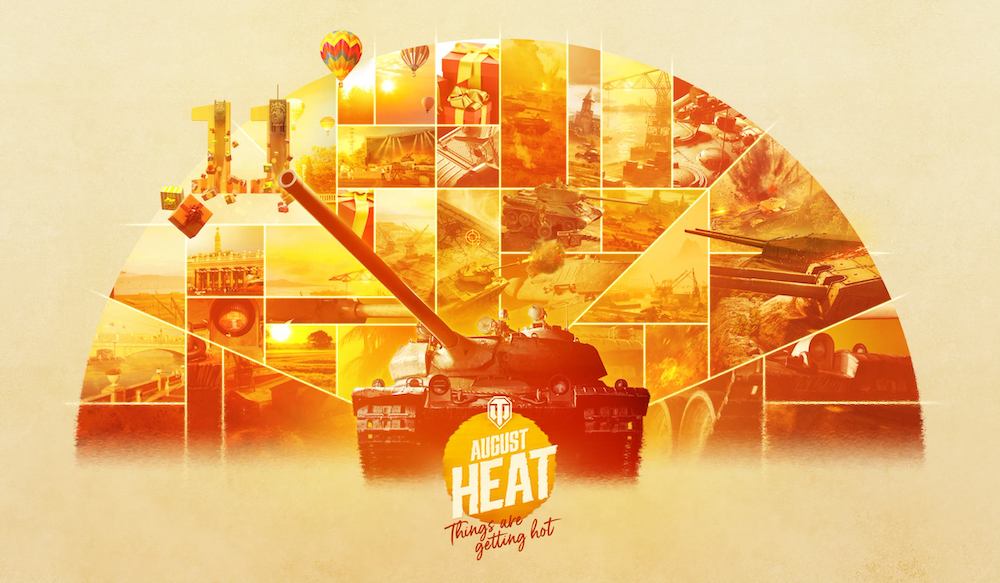 Things are hotting up for World of Tanks with August Heat. Incorporating a new update, the anniversary celebrations and more, this occasion will be something no tanker wants to miss.

A major part of August Heat is Update 1.14, and there’s plenty of new additions, including the Czechoslovakian heavies. The line will start at Tier VII and then, at Tier VIII, players will be able to take advantage of a feature unique to the line: the choice of two guns, a classic cyclical one or a two-shell autoloader. Both armaments are equal in performance and stats (caliber, alpha and elevation arc), but will allow tankers to choose a weapon which better suits their playstyle.

As well as the introduction of the Czech brawlers, a brand-new map is hitting World of Tanks: Safe Haven. Available for Random Battles, the 1000×1000-meter summer map is set in 1960s Japan and this new battlefield features a demilitarized civilian port that is gradually crowding out the small fishing village that was there first. The soundtrack to this map is the result of a collaboration between the World of Tanks audio team and Akira Yamaoka, renowned composer of Silent Hill fame.

Another new addition is Field Modification. Allowing tankers to precisely configure their favorite vehicles depending on their preferred combat roles, these mechanics are available for all Collectors’ and Tier VI-X vehicles, excluding rental ones. Also, all the vehicles that have access to Field Modifications will receive a new parameter, Role, which was introduced in Ranked Battles previously and, in total, there are 15 to choose from.

Additionally, to mark the 11th birthday of World of Tanks, players will be treated to valuable rewards and cool gifts. While the team are keeping their cards close to their chest, the event is looking to be one tankers will never forget with presents aplenty. Players are being asked to keep their eyes peeled and, in the meantime, get ready to don party hats and celebrate!

And finally, August Heat will see the introduction of Topography, a brand-new mode which will test tankers navigational skills, the return of the fan-favorite Frontline and much more!