GamersLounge
Forside Nyhed As Far As The Eye ude nu 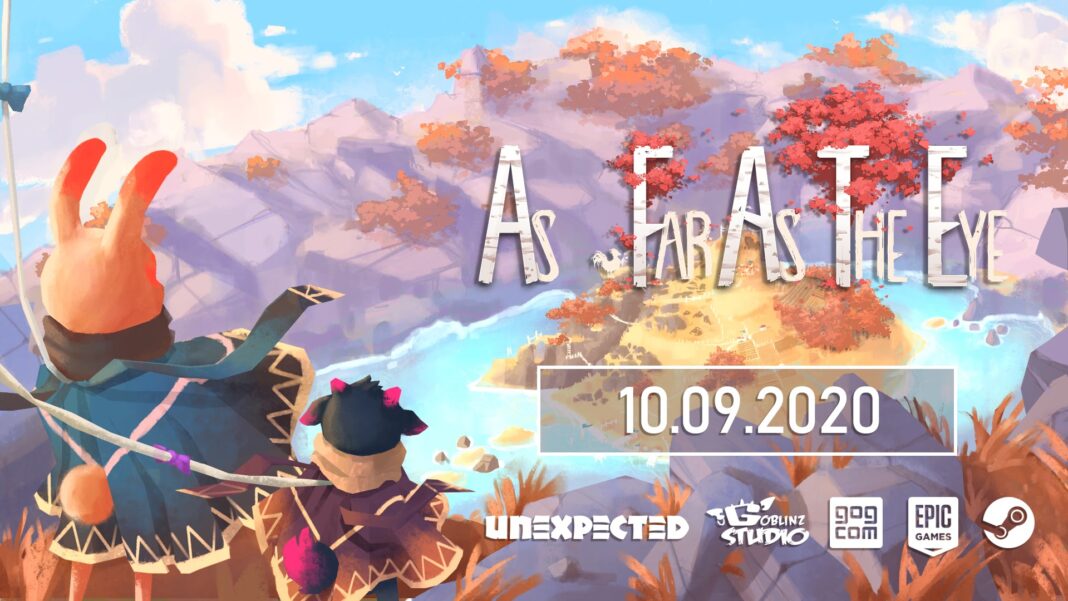 Developer Unexpected will today launch their nomadic, turn-based village builder As Far As The Eye on Steam, GOG and the Epic Games Store.

The game is a nomadic turn-based village builder, with rogue-like and procedural generation elements. Players will take the lead, guiding their tribe of Pupils on an epic journey to the centre of the world known as The Eye.

With an ever-rising flood following in their wake, players must keep their tribe moving forwards, establishing small camps at each “Halt” in order to gather the resources, skills and knowledge needed to survive the unforgiving road ahead of them. Whilst managing the resources and infrastructure of their mobile village, the tribe and its Pupils will also need to be guided in the ways of agriculture, crafting, scientific and mystical research abilities to reach their final destination.

About Unexpected
Founded by the Twitch Streamer ZeratoR in 2015, Unexpected is a small indie studio based in France. As Far As The Eye is their second commercial game after looK INside which launched in January 2020 on Steam. More info: https://en.unexpected-studio.com/

About Goblinz StudioBased in France, Goblinz Studio is a remote workforce of indie developers who also co-produce and publish games with a focus on Tactical, Management & RPGs. Games under the Goblinz Studio banner include Dungeon Rushers (2014), Robothorium (2019), Iris and the Giant (2020), Sigma Theory, Legend of Keepers, Snowtopia, As Far As The Eye, Neurodeck and Banners of Ruin. More info: https://goblinzstudio.com/