“Battle for Karanvale – Part 2” introduces a new team raid and dungeon locale, Dawn Cathedral: Choral Courtyard, where your enemies’ powers become stronger as they become fewer in numbers; as well as a Heroic version of the previously-released but perennially-treacherous Kothas Foundry team raid. Both new raids are available for players who have reached Level 55 with Level 70 talents. Adding more intrigue to Shadowveil Assassination mode, players will now be assigned one of four distinct roles, which feature different powers and skill sets to utilize in their PVP attacks.

In anticipation of the game’s upcoming anniversary, now through July 16, players can score randomly dropped anniversary chests full of exciting loot, gear and limited edition items — like a super rare flaming motorcycle mount. Players can collect the chests by participating in raids and other game activities; chests can be opened starting July 16, or redeemed for a large amount of gold currency at any time. Sweetening the pot, players who log in for seven days during the anniversary countdown period can get login rewards and free daily anniversary chests — including the highest-level Diamond Chest on the seventh day with prizes that could equal hundreds of dollars worth of in-game items.

Available on the App Store, Google Play, Facebook Gameroom and Steam as a free download, Crusaders of Light transports players to a gorgeous 3D fantasy world, featuring more than 300 hours of available gameplay, a series of challenging dungeons, team raids of up to 40 players, and much more. Gamers can take Crusaders of Light on the go on their mobile device, switch to PC via Gameroom or Steam when they want to better enjoy the stunning graphics or tackle more complex content, and continue questing using their same character, whether at home or away. 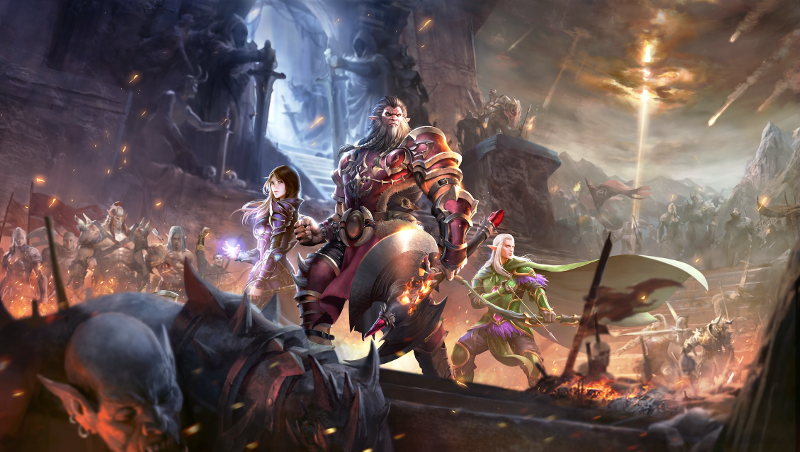