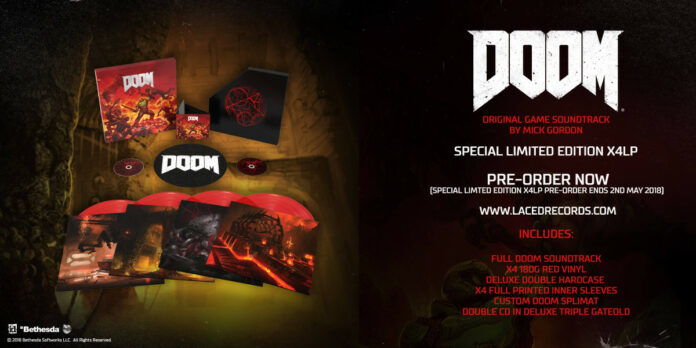 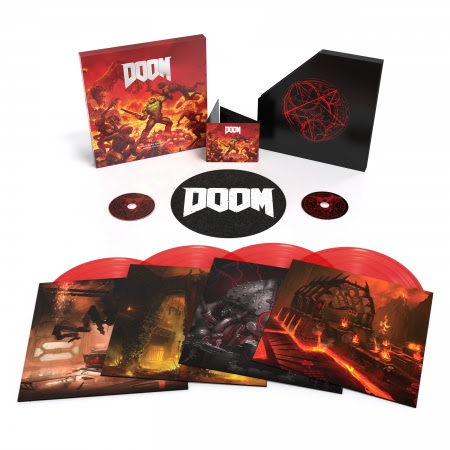 A true passion project, the recording process saw Gordon representing DOOM’s portrayal of Hell through the role of energy in sound production, imparting the physical properties of analogue equipment onto digital sources.

To mimic the power of Hell and its corruptive Argent energy, Mick created the “DOOM Instrument”. Consisting of pure sine wave inputs directed into four separate sound processing chains and a variety of post-processing techniques, it allowed Gordon to dynamically ‘corrupt’ generated sounds.

Further callbacks to the franchise’s legacy and imagery are found as the soundtrack’s signature screeching guitar lines are layered with the chainsaw audio from the original 1993 title.

Special Limited Edition X4LP: The four-disc special edition comes with all the bells and whistles of the Standard Edition X4LP but is pressed on 180g blood red vinyl and adds the Deluxe Double CD, plus a custom turntable slipmat. The Special Edition is only available via pre-order for a 14-day window ending 2nd May 2018 direct from the Laced Records store only. (RRP: $100.00)[2] 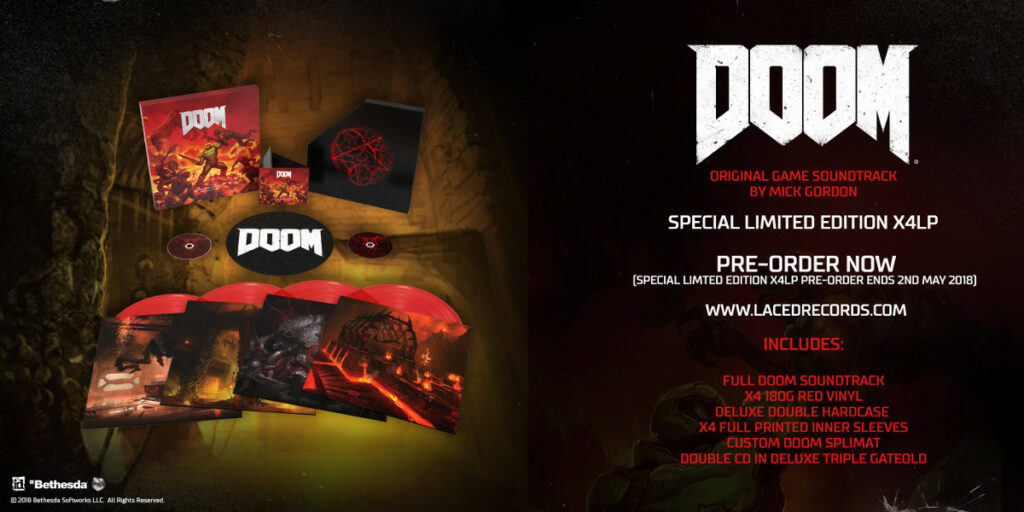