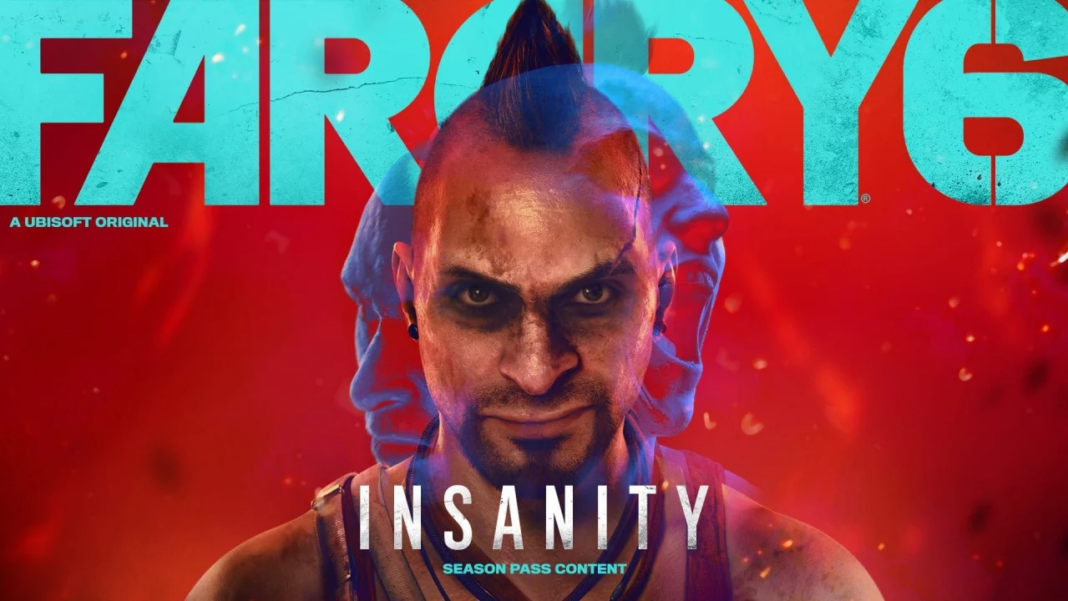 Today, Ubisoft® announced that the first downloadable content for Far Cry® 6, Vaas: Insanity, is now available worldwide on Xbox Series X|S, Xbox One, PlayStation®5, PlayStation®4, as well as Windows PC through the Ubisoft Store and the Epic Games Store. Players can also subscribe to Ubisoft+ on PC, Stadia* and Amazon Luna**. Players must own Far Cry 6 to access Vaas: Insanity.

For the first time in Far Cry history, players will be able to embody Vaas Montenegro, the iconic villain from Far Cry®3, played by Michael Mando (Better Call Saul), who is reprising his role in a brand-new experience inspired by the roguelite genre. Blending intense action and storytelling, Vaas: Insanity will provide a unique opportunity to better understand Vaas’ past, personal demons and motivations.

Players will be able to dive deep into Vaas’ psyche in solo or two-player co-op. In addition, players who own  Vaas: Insanity can invite a friend to discover the DLC with them for free if their friend owns Far Cry 6 and are playing on the same family of devices. This applies to all platforms the game is available on.

Vaas: Insanity is digitally available at the suggested price of 15$/15€ and included in Far Cry 6 Season Pass, alongside upcoming DLC episodes about Pagan Min and Joseph Seed.

For more information on Far Cry 6 and its Season Pass, please visit Farcry.com.