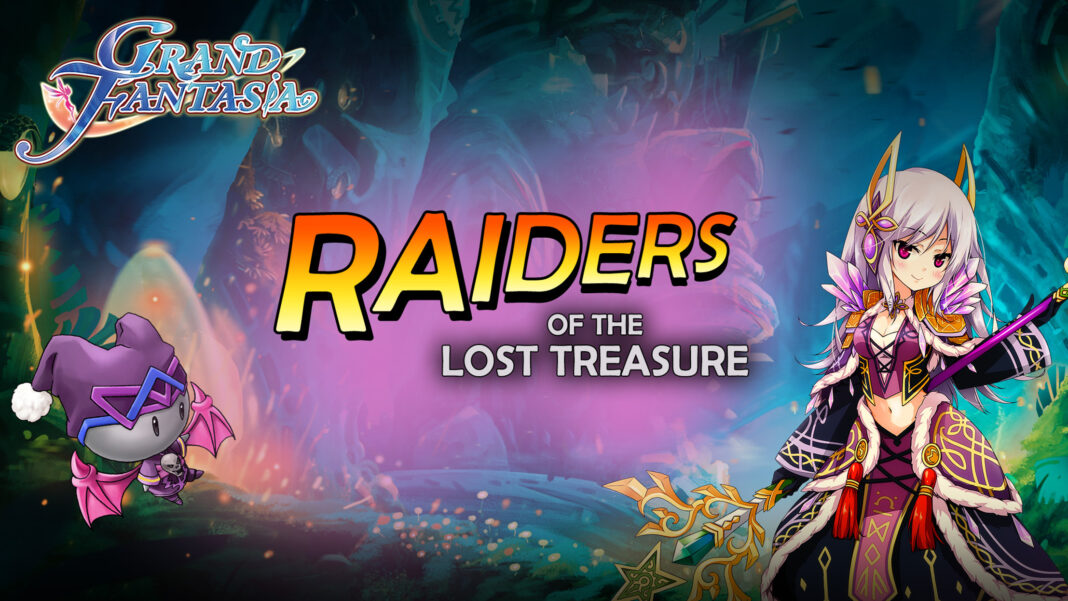 gamigo invites all risk-loving Sprite Messengers to put on their adventure hat, grab their gear, and go on a treasure-hunting trip in Patch 38 “Raiders of the Lost Treasure” for Grand Fantasia.

Evil is on the horizon now that the Carso Church is on the move again. It seems that they are gathering a large force to go somewhere. Messengers must help Shley, the demon hunter chosen by the Sprite King himself, to get more information. This adventure quest will lead players to the Ancient Polar Ruins in the parallel world of the Alternate Dimension.

In other printed news, a new book is available from Quill Library that will offer five new quests. Interested readers should travel to Ilya where Quill Book Merchant Vanessa is already waiting for them. Messengers can purchase the book “Foreign Chapter: Holy Light and Footprints of the Ritual“ from her.