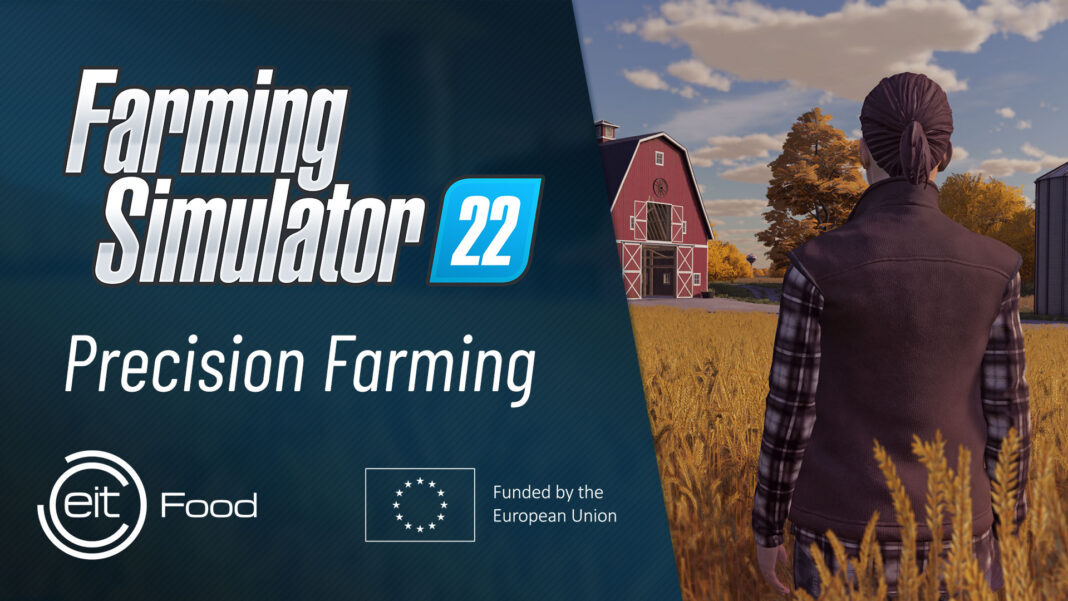 Lowering the environmental footprint of virtual farming: The Precision Farming Project continues with a new and improved DLC for Farming Simulator 22. Initiated in 2020 by John Deere and funded by EIT Food, Europe’s leading Food Innovation Initiative, the project is now in its second phase. As one of EITs multiple efforts to raise awareness and improve the knowledge about sustainable farming, publisher and developer GIANTS Software will introduce even more gameplay features.

The first version of the Precision Farming DLC for Farming Simulator 19 was a great success, and was downloaded one million times world-wide on PC and consoles.

While the initial version features basics of precision farming technology like soil sampling, variable rate applications and economic analysis, the focus of the new DLC for Farming Simulator 22 will go further. Advanced precision farming technologies will be implemented to increase the sustainability of virtual farms through the use of optical sensors. Allowing a reduced application of herbicides as well as organic and mineral fertilizers – lowering the environmental footprint just like on real fields.

Set out to improve the knowledge of modern agricultural technology in the society, the project started in cooperation with the University of Hohenheim (Germany), the University of Reading (Great Britain), and Grupo AN, the largest cereal cooperative in Spain. This year, the Institute of Animal Reproduction and Food Research from the Polish Academy of Sciences joined the project to promote the technology among young farmers in Eastern Europe.

“The cooperation between all partners has been fantastic and the DLC exceeded my expectations by far”, comments Thomas Engel, project leader at John Deere, regarding the first year of the project. Thomas Frey, Creative Director at GIANTS Software, adds: “We’re excited about the continuation of the project and the opportunity to take part in this important undertaking to emphasize the benefits of sustainable farming technologies.”

While GIANTS Software is currently focused on the upcoming release of Farming Simulator 22 on November 22nd, the new version of the Precision Farming DLC is scheduled to release the following Spring of 2022. More info about the project will be shared at GIANTS Software’s annual event FarmCon on July 21st, streamed on the official Twitch channel from July 21st to July 23rd.