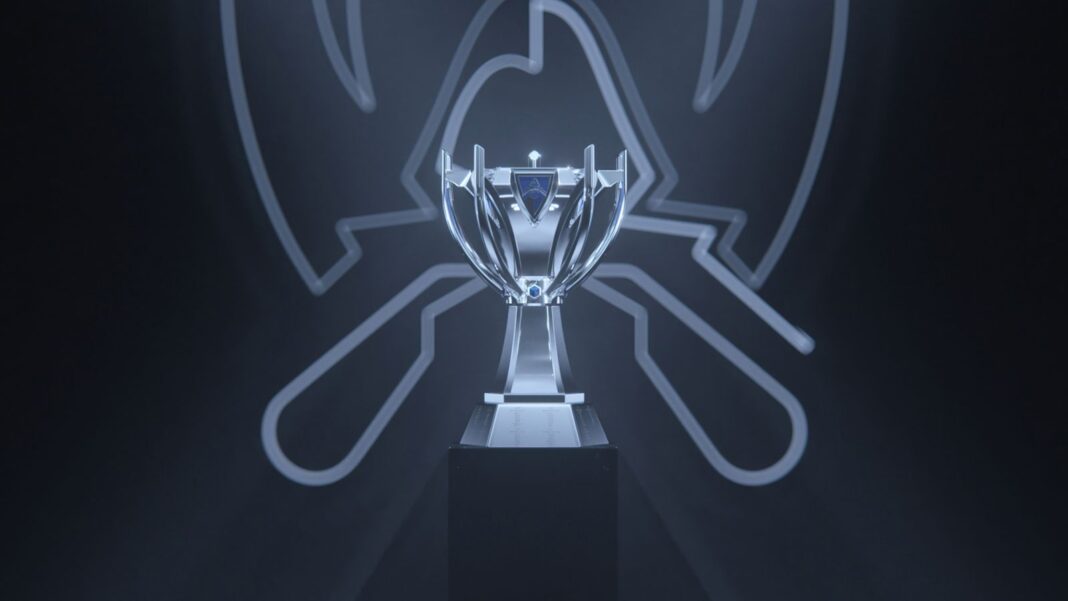 The culmination of this new partnership – a redesign of LoL Esports’ crown jewel, the Summoner’s Cup, awarded annually to the winner of ‘Worlds’ – will make its global digital debut on Monday, August 29 at 10:00 am ET across Riot Games, LoL Esports, and Tiffany & Co. digital and social channels.

“The Summoner’s Cup is a symbol of greatness in esports and the crowning achievement in League of Legends,” said Naz Aletaha, Global Head of League of Legends Esports for Riot Games. “The teams who hoist it represent the best of our sport — their mastery forever a part of LoL Esports’ history. As we looked to build on the prestigiousness of winning a World Championship, there was only one partner we aspired to collaborate with on the Summoner’s Cup. Tiffany & Co is a storied brand and the preeminent designer of the world’s greatest sports trophies. We’re honored to partner with them to celebrate our past, present, and future World Champions.”

Tiffany & Co. is the preeminent brand in handcrafting timeless trophies representing the pinnacle of athletic achievement across a variety of professional sports such as football, basketball, and baseball since 1860. The LoL Esports’ Summoner’s Cup now sits alongside other iconic sport championship trophies—including the LoL Pro League Silver Dragon Cup—also designed and handcrafted by Tiffany & Co. Commemorating the 10th anniversary of LoL Esports in China, the Silver Dragon Cup incorporated prized items of previous LPL legends, as well as pieces of the original Silver Dragon Cup.

The co-creation of the new Summoner’s Cup–—weighing 44 pounds and standing approximately 27 inches—involved an extensive creative process between LoL Esports and Tiffany & Co. The modern design was brought to life over a span of four months totaling 277 hours by the House’s expert artisans who craft more than 65 trophies each year at its hollowware workshop in Cumberland, Rhode Island. Utilizing tools and techniques dating back to the mid-19th century, together with cutting-edge innovations, the latest sterling silver masterpiece reflects Tiffany’s longstanding heritage of extraordinary craftsmanship.

“We are excited to continue our partnership with League of Legends Esports and the opportunity to be a part of the brand evolution for the world’s most popular esport,” said Alexandre Arnault, Executive Vice President, Product and Communication, Tiffany & Co. “Creating the Summoner’s Cup is another important moment for Tiffany in the world of esports and an exciting new chapter in our 160-year legacy handcrafting sports trophies.”

The League of Legends World Championship is returning to North America for the first time since 2016, as well as restarting its multi-city tour format following a two-year hiatus. The competition begins with the Play-In stage, September 29-October 4 in Mexico City, followed by Groups (October 7-10; 13-16) and Quarterfinal (October 20-23) rounds in New York City. Semifinals will be held October 29-30 in Atlanta, GA, with the 2022 Worlds Final taking place on November 5 in San Francisco, CA.

Worlds is the pinnacle of LoL Esports competition in which the top teams from 11 diverse regions compete for the world champion title. Twenty-four teams from Riot’s 11 professional leagues participate in the month-long tournament to crown one team as the best in the world. Year after year, Worlds continues to shatter previous records with the 2021 Finals match posting an Average Minute Audience (AMA) of more than 30 million viewers and over 73 million peak concurrent viewers.