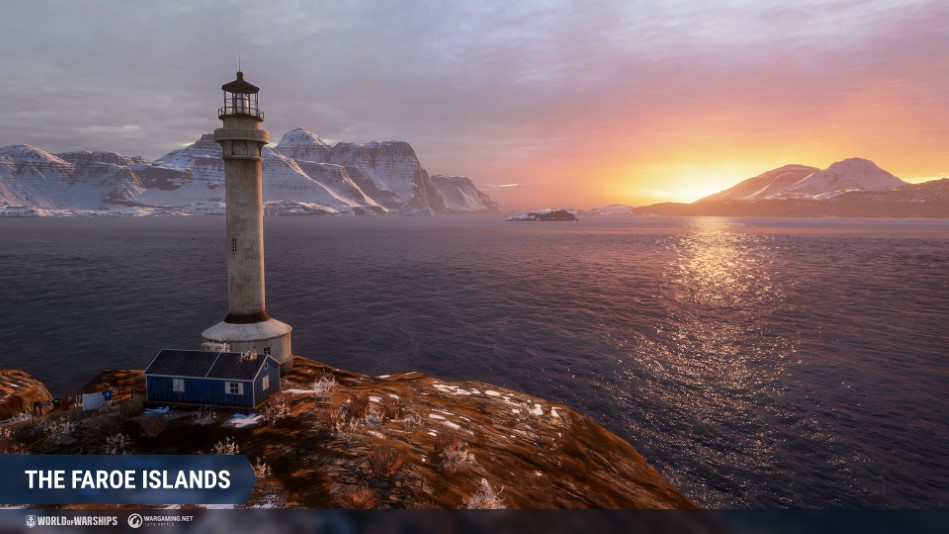 World of Warships kicks off its newest update with a return of Update 0.10.8’s Convoy battle mode. Fought in teams of 12 with Tier VIII–X ships, two randomly distributed teams will participate in an attack-and-defend battle for  Convoys of AI-controlled cargo ships across one of six different maps.

Following a selection by players in Autumn of last year, World of Warships sees a brand-new map of the Faroe Islands introduced in this update. Available for ships in the higher ranks, fights on this new map will be set against snow-peaked mountain ranges nestled in the Faroe Islands’ steep shores.

A number of U.S. destroyer models, present since the release of the game, have been dramatically upgraded. Mahan, Benson, Fletcher and Gearing will all be revamped, the Update 0.11.6 will bring more of these updated U.S. ships, expanding to the models of Sampson, Wickes, Clemson, Nicholas, Farragut and Sims.

Alongside the improvements to these models, visual effects throughout the game have been overhauled since the beginning of the year. This includes major improvements with HD textures and local weather effects being refined on 8 maps, as well as new effects for guns firing, depth charges detonating underwater and on islands, and aircraft explosions on the decks of destroyed carriers.

Kicking of Legends’ June update is the emergence of Pan-European destroyers from Early Access as they drop anchor into the tech tree, with the newly introduced Tier VII Östergötland. Now available for research, this line of ships sports swift torpedoes and impressive guns.

With the new five-week, 100 milestone Lucky Six campaign, players with active admiralty backing have the opportunity to obtain the Tier VII Fletcher-class destroyer Black with rapidly-reloading guns, or the Tier V aircraft carrier Independence with heavy-hitting dive and torpedo bombers.

Closing out World of Warships: Legends June update is a new mission and limited-time Bureau project in celebration of Independence Day. The Windroses are back with the Tier IV to Legendary American ships to receive special bonuses as well as a mission to obtain the Tier III Premium battleship, South Carolina. The Bureau project Broad Stripes and Bright Stars includes a number of permanent camouflages for select destroyers in the tech tree before building up to Star-Spangled Freedom skins for Cleveland and Baltimore. The Oklahoma, amongst other rare ships, will also return as part of the festivities!