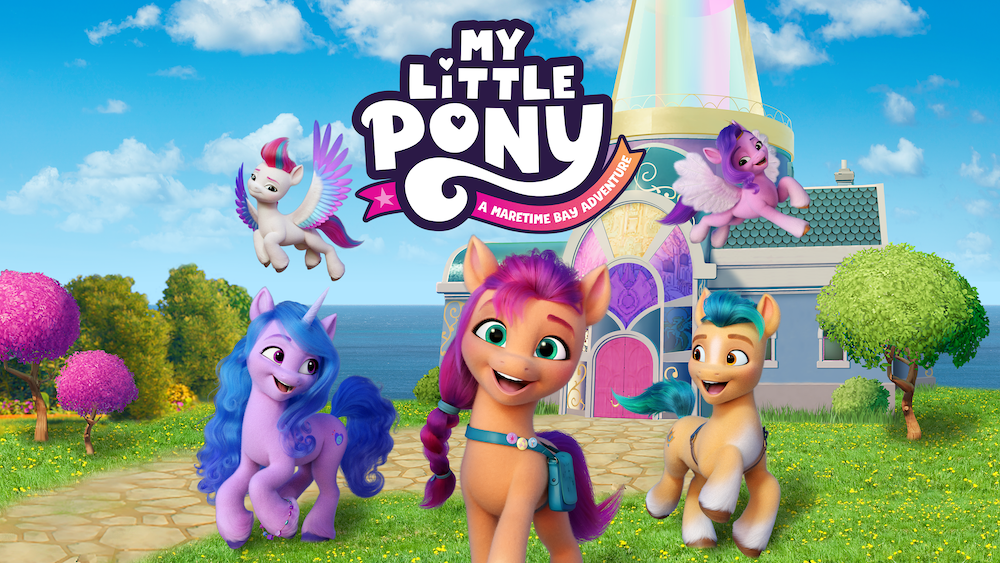 Outright Games, the leading publisher of family- friendly interactive entertainment, in partnership with Hasbro, revealed today that My Little Pony is heading to consoles and PC for the first time in over five years with My Little Pony: A Maretime Bay Adventure. Introducing a whole new generation to one of the world’s most enduring entertainment franchises, this all-new adventure will allow fans to play together in the magical world of Equestria and will release this spring on Nintendo Switch, PlayStation 4, Xbox One, PC and followed by Xbox Series X|S and PS5 versions as a free upgrade later in 2022.

Discover the next generation of ponies and their enchanting world Equestria in this new exciting single player adventure. Play as the curious and determined leader of the Mane Five, Sunny Starscout, and help her discover her powers whilst getting to know her friends: the courageous Zipp, creative Izzy, kind Hitch, and confident Pipp as they come together to organise the best festival ever!

If that’s not enough fun, collect accessories to customise the ponies and play together across mini games and in party mode!

From its toy launch in 1983, MY LITTLE PONY has catapulted from iconic toy into a worldwide entertainment universe. In September 2021, MY LITTLE PONY: A NEW GENERATION launched on Netflix and introduced a new generation of ponies to a new generation of kids. The feature-length film became the #1 kids property at launch and was awarded the Common Sense Media Seal for Families. The movie kick-started a new era for the brand, with a focus on inspiring todays’ kids to explore, express and celebrate what makes them unique. This new generation of ponies has its own fresh toy line and licensed consumer products across multiple categories, with a wealth of content set to launch in 2022. MY LITTLE PONY has aired in nearly 200 territories and over 350 episodes and three feature films have been produced.

Terry Malham, CEO of Outright Games said ‘’We’re delighted to continue our strong partnership with Hasbro and this time on the phenomenon that is My Little Pony. We’re incredibly excited they’ve entrusted us to bring the magic of the brand back to consoles and PC for the first time in five years. The game is going to  be full of all the elements that make the brand so popular – fun, colour and friendship. We can’t wait to share it with everyone later this year’’

Richard Cleveland, Vice President of Licensed Digital Gaming from Hasbro said ‘’We’re thrilled to bring the fifth generation of ponies to consoles and PC this year with our long time partners, Outright Games. After the great success and reception of the new toys and film last year, we’re excited to bring the new world of My Little Pony to life for our fans with new adventures and fun gameplay.’

‘My Little Pony: A Maretime Bay Adventure’ releases this spring on Nintendo Switch, PlayStation 4, Xbox One, PC and Xbox Series X|S and PS5 versions with a free upgrade coming later in 2022.