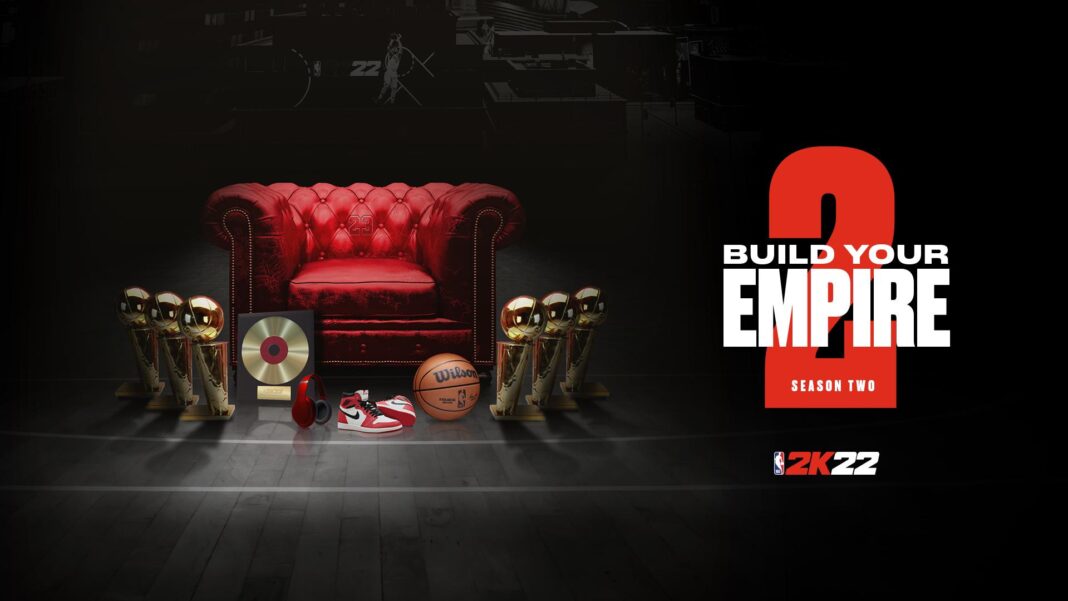 2K today revealed an in-depth look at Season 2 coming to NBA® 2K22 this Friday, featuring its first music label partnership with Columbia Records, alongside new content across MyCAREER, MyTEAM and The W*. First introduced in NBA® 2K21, Seasons has expanded in NBA 2K22 to offer players more ways to level up and redeem rewards at no additional cost after reaching each new Seasons level. Season 1 of NBA 2K22 has already seen engagement from millions of players worldwide, with over 285 million quests completed, 266 million PARK games played, and players favoring LaMelo Ball’s jersey above all others.

NBA 2K22 Season 2: ‘Build Your Empire’ focuses on Michael Jordan’s rise to legend status and gives players a chance to achieve greatness themselves. Players can jump into the game to experience the following:

For all the details on what’s included in Season 2 of NBA 2K22, check out the latest Courtside Report.

Developed by Visual Concepts, NBA 2K22 is rated E for Everyone from the ESRB.