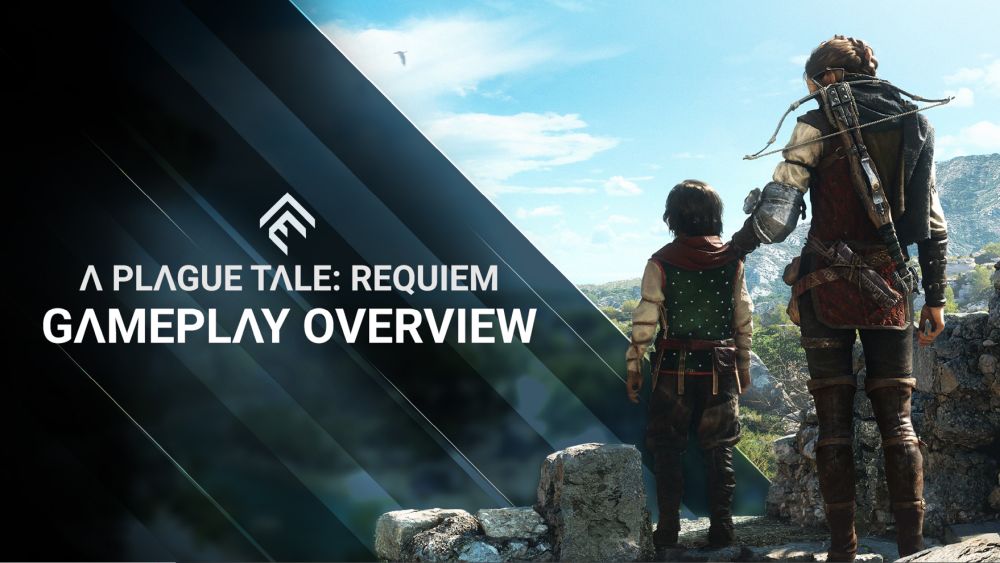 A Plague Tale: Requiem, the sequel to the critically acclaimed A Plague Tale: Innocence by Asobo Studio and Focus Entertainment, revealed a Gameplay Overview Trailer. The game will also be present at Gamescom from August 24–28, with a demo to play at the event on the same dates. Additionally, Focus Entertainment will launch its “In Focus” behind-the-scenes video series on August 30th to present the making of A Plague Tale: Requiem, ahead of its release on October 18!

Embark on Hugo and Amicia’s next journey and venture south of 14th century France, before setting sail to a mysterious island out in the Mediterranean Sea. Brave a terrible fate and find a cure for Hugo’s illness thanks to Amicia’s new resources—including the use of alchemy to manipulate fire and the long-distance power of a crossbow, but also her cunning use of terrain and ability to wrestle out of an enemy’s grasp. Choose to strike from the shadow or to unleash hell, with the help of Hugo’s new powers: to perceive surrounding enemies’ movements while moving stealthily, and to manipulate hordes of rats to decimate entire squads of soldiers.

Play a demo at Gamescom!

Attendees will get to play one of the first chapters of the game at Gamescom from August 24–28.

The public will find a demo at Microsoft’s booth (Hall 8.1 Stand B-051 – C-058). It will offer the Gamescom visitors the opportunity to play the same level shown at the TriBeCa Festival for those who missed it online last June.

Another demo will be shared with the press attending Gamescom, letting them experience the level seen in the Extended Gameplay Trailer hands on.

The tale behind the game

A Plague Tale: Requiem will release October 18 on PlayStation 5, Xbox Series X|S, PC and in Cloud Version on Nintendo Switch.
The game will also be available Day One with Xbox Game Pass for Console, PC and Cloud.