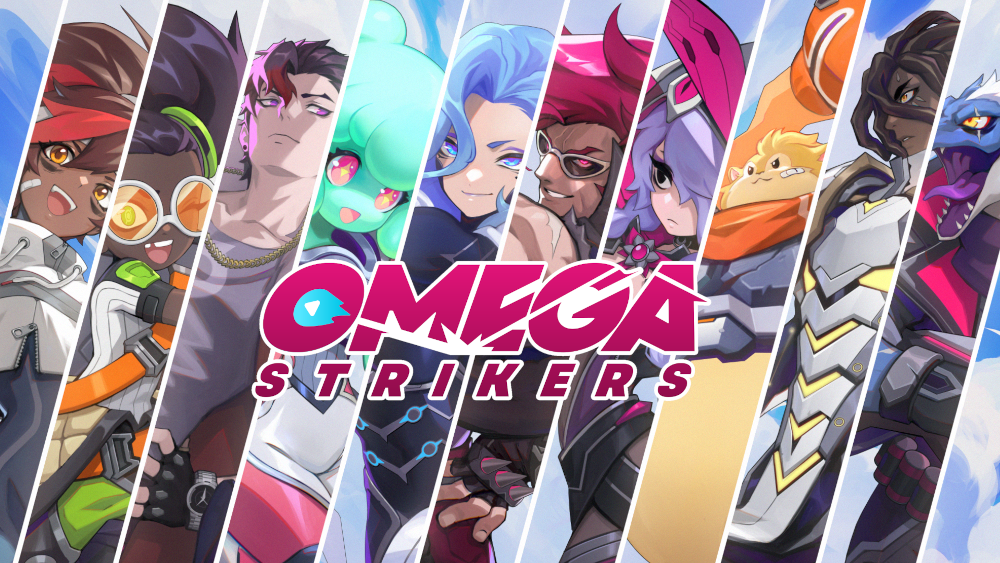 Odyssey Interactive, an independent game development studio founded by former Riot Games leads on League of Legends and Teamfight Tactics, has revealed their debut title, Omega Strikers, a free-to-play cross-platform 3v3 knockout striker for the next generation of players. Omega Strikers is an innovative blend of the best parts of modern competitive multiplayer games, weaving in goal-focused objectives, physical fun and knockouts, and character depth and mastery into thrillingly fast-paced matches. Omega Strikers is now available in Closed Beta for PC via Steam and will be fully cross-platform when it launches to mobile devices later this year and across all major consoles in 2023.

“Odyssey was founded with the mission to ignite the competitive spirit of the next generation of players – one that we feel will be the biggest, most inclusive and most connected ever,” said Dax Andrus, co-founder and President, Odyssey Interactive. “Omega Strikers builds upon the lessons our veteran team has learned running some of the most popular multiplayer games in the world. Today, as we launch Omega Strikers into Closed Beta on PC, we take the first major step in an exciting journey ahead for a game that we’re building to inspire players now and for years to come.”

Omega Strikers features a wild and ever-growing roster of diverse and vibrant characters known as Strikers. Launching with ten Strikers to start, each character possesses their own unique personality and set of abilities that they can use to smash opponents off the arena, control the core and score goals. Omega Strikers is designed as a player-first competitive free-to-play multiplayer game so there are no loot boxes, consumable power boosts, or paid competitive advantages. Players can unlock all Strikers through regular play or choose to purchase exactly what they want through the in-game store. Bi-weekly updates will continually evolve the Omega Strikers experience, adding new Strikers, additional arenas, fresh skins and unlockables, and offer more ways to compete.

Matches in Omega Strikers will pit two teams of three players against one another with the main objective being to score at least five goals before the other team—games continue until one team meets this objective and gets ahead by at least two points. Players who work together and adjust to their opponent’s strategy and the moment-to-moment chaos will rise as the victors. With competition at the center of Omega Strikers, players will be able to queue solo or squad up with friends to compete against others in ranked, unranked, or custom game modes.

Built for cross-platform competition, as Omega Strikers rolls out on additional platforms, players will be able to keep their hard-earned status and unlocked Strikers intact wherever they compete. Omega Strikers will feature full cross-progression so whether a player is on PC, takes the competition on-the-go with their mobile device or switches over to their living room to play on console, they will always have seamless access to their account.

Omega Strikers is now available in Closed Beta for PC via Steam. The cross-platform multiplayer game will launch on mobile devices later this year, and console versions are in the works. The Odyssey team intends to use their original characters in a series of games of which Omega Strikers is just the first. Odyssey is actively developing a second game and is looking for game devs with a thirst for challenge to join them on the journey.

For additional information on Omega Strikers visit www.odysseyinteractive.gg/omegastrikers and follow the game on Twitter to find out when the 3v3 knockout striker will be launching on mobile and all major consoles.