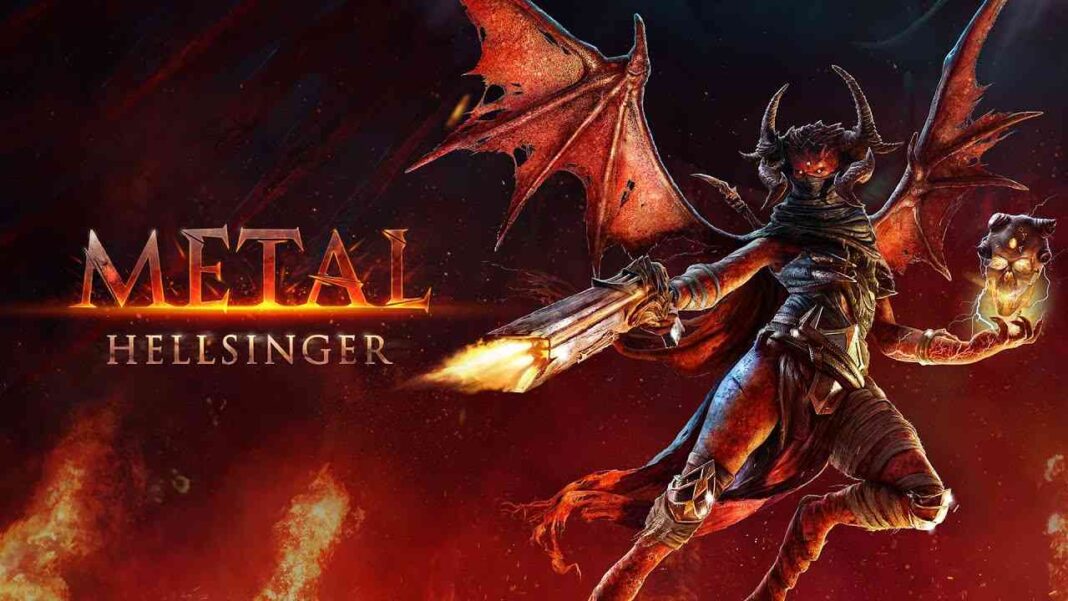 Metal: Hellsinger released last week to roaring praise from press and players alike, and now publisher Funcom and developer The Outsiders are pleased to share a mini documentary on the origins of the game, including exclusive interviews with the game’s creators, music composers, and some of its amazing voice talent.

Meet the makers of Metal: Hellsinger’s soundtrack, Elvira Björkman and Nicklas Hjertberg of Two Feathers, as they give insight into what it was like for them to work on the game and perform at the huge live concert at Gamescom, where the game won the award for Best Action Game and Most Wanted PC Game.

The Outsiders Creative Director David Goldfarb and Executive Producer Shila Vikström also sit down to share how the idea for Metal: Hellsinger was born, and what their experience leading up to launch was like.

In rhythm FPS Metal: Hellsinger, you play a demon fighting her way out of Hell, slaying to the beat of an original soundtrack performed by iconic metal artists like Serj Tankian (System of a Down), Alissa White-Gluz (Arch Enemy), and Randy Blythe (Lamb of God). The better you are at performing actions to the beat, the more intense the music gets.