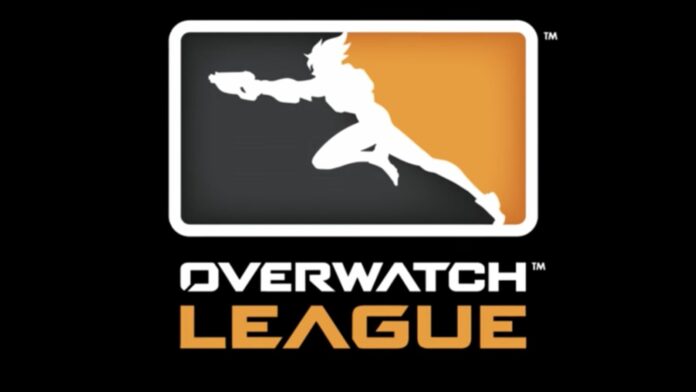 “Overwatch already connects over 30 million players worldwide. The Overwatch League will celebrate and reward our most accomplished players and give fans more opportunities to engage with each other,” said Activision Blizzard CEO Bobby Kotick. “We’re excited to be working with leaders from esports and traditional sports to celebrate our players and to establish the Overwatch League.”

“Overwatch is a game about a diverse group of international heroes who fight for an optimistic vision of the future, and the Overwatch League is an extension of that spirit,” said Mike Morhaime, CEO and co-founder of Blizzard Entertainment. “We’re building this league for fans – esports fans, traditional sports fans, gaming fans – and we’re thrilled to have individuals and organizations who are as passionate about professional competition as we are, and who have extensive experience in all three fields, representing our first major international cities in the league.”

“We have been exploring the esports market for a number of years and have been waiting for the right opportunity to enter,” said Robert Kraft, Chairman and CEO of the Kraft Group. “The incredible global success of Overwatch since its launch, coupled with the League’s meticulous focus on a structure and strategy that clearly represents the future of esports made this the obvious entry point for the Kraft Group.”

“It’s an honor to be selected as one of the ownership groups in the inaugural season of its new league,” said Jeff Wilpon, co-founder and partner at Sterling.VC, a Sterling Equities venture capital fund. “We view our participation in the Overwatch League as a major opportunity to take a lead position where technology is converging with sports and media. This partnership with the Overwatch League and with some of the elite ownership groups in professional sports, offers a unique opportunity to connect with millions of dedicated fans, engaged and passionate about one of the world’s fastest growing sports, and to continue proudly representing New York.”

“Immortals has been eagerly anticipating the launch of the Overwatch League since the plans were unveiled. With our shared values and vision for the future of esports, we’re honored to be selected as one of the initial members of this global league,” said Immortals CEO Noah Whinston. “Alongside our partners at AEG, we’re excited to pioneer esports regionality as an inaugural franchise and to continue L.A.’s championship tradition.”

“Misfits Gaming is thrilled to join the Overwatch League and represent the great cities of Miami and Orlando,” said Misfits Gaming CEO and Co-Founder Ben Spoont. “Competing as part of a major city-based esports league is something we’ve always wanted to do, and together with our partner the Miami Heat we’re very excited by the potential to build something amazing for our fans in the months and years ahead. This is going to be a great experience for teams and everyone who loves esports.”

“NRG Esports couldn’t be more honored to represent San Francisco and all of Northern California for the launch of the Overwatch League,” said Andy Miller, Chairman and Founder of NRG Esports. “As big believers in Overwatch, NRG has fielded one of the most popular teams in the world since the game’s release and can’t wait to bring a hometown team to the Bay Area.”

“We’re passionate about gaming at NetEase, and the Overwatch League is an opportunity we didn’t want to miss” said William Ding, CEO of NetEase. “The commitment of Overwatch’s players and fan community is an incredible foundation on which to build a successful global league, and we’re looking forward to building a world-class team for Shanghai that inspires fans everywhere.”

“As esports enthusiasts, we’ve always seen Seoul as the place to be for world-class competitive gaming,” said Kevin Chou, co-founder of Kabam. “We’re very honored to represent the birthplace of esports as owners of the Overwatch League team in Seoul and excited to work closely with the most passionate and enthusiastic gaming community in the world.”

Overwatch was created by globally acclaimed publisher Blizzard Entertainment, known for iconic franchises including World of Warcraft®, Hearthstone®, StarCraft®, and Heroes of the Storm®, many of which have laid the foundations and helped push the boundaries of professional esports over the last 15 years. Among Blizzard’s stable of twenty #1 games over the past two decades, Overwatch is the fastest to reach more than 30 million players. Overwatch was built from the ground up for online competition, with memorable characters and fast-paced action designed for the most engaging gameplay and spectator experiences.

The Overwatch League, slated to begin later this year, is a unique opportunity for owners and players. As the first major esports league to feature a city-based structure, the league will drive development of local fan bases. For the first season of the league, regular-season matches will be played at an esports arena in the Los Angeles area, as teams develop their local venues for formal home and away play in future seasons. Matches will be played each Thursday, Friday and Saturday. A full schedule and information about ticket sales will be announced closer to launch.

The league will create value for team owners through advertising, ticketing and broadcast rights revenues, with teams receiving an equal share of all league-wide net revenues. Teams will also keep all local revenues generated through their home territory and venue up to a set amount each year, unprecedented in esports; above the set amount, a percentage is sent to the league’s shared revenue pool. In addition, teams will have a license to operate and monetize up to five amateur events in their home territory each year, and to benefit from the sale of league-affiliated fan items in Overwatch, with 50% of the revenues going into the net shared revenue pool for all teams.

The Overwatch League will also provide advertisers and sponsors with opportunities that are unparalleled in the esports space, withglobal fan bases not found in traditional sports, along with better targeting and analytics than traditional forms of advertising. Last year, 285 million people worldwide watched esports.[1] The quickly-growing esports audience also includes some of the hardest to reach and most sought after demographics, with a share of millennials two to three times higher than any of the ‘Big Four’ US sports.[2]

To learn more about the Overwatch League, visit the official website at www.overwatchleague.com.