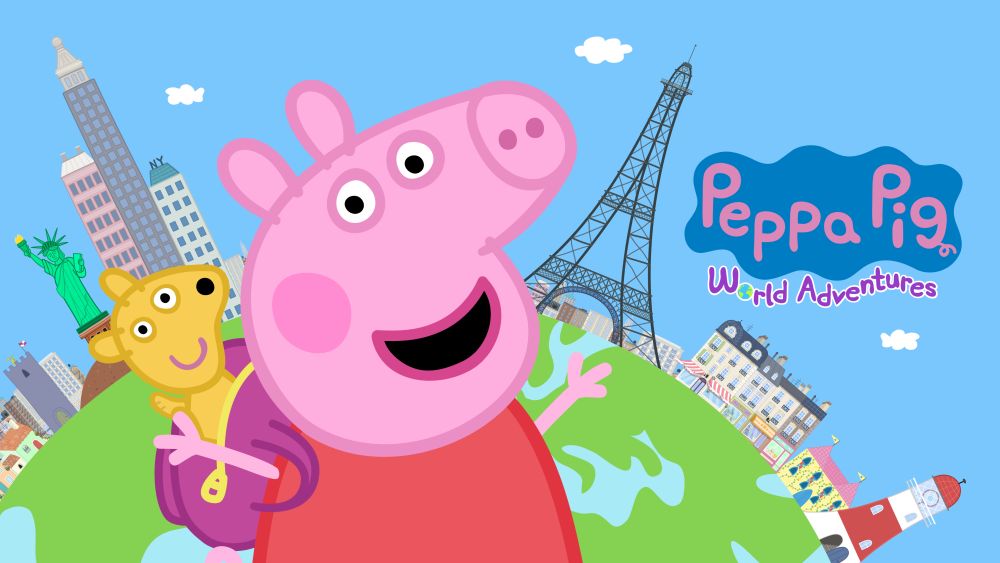 Outright Games, the leading publisher of family-friendly interactive entertainment, in partnership with Hasbro will release the new video game, Peppa Pig: World Adventures on March 17thon Xbox One, Xbox Series X|S, PlayStation 4, PlayStation 5, Nintendo Switch and PC. Fans can take a world tour with Peppa Pig in this brand-new interactive adventure and even bring their own family into the story.

It’s time to pack those suitcases and hit the road with Peppa. New York City is calling – and so are Paris, Australia, London and many more locations with new characters to meet, exciting quests to try and lots of accessories to dress up in and collect along the way.

There’s also fun to be had closer to home! Players can create a dazzling house in Peppa’s neighbourhood and decorate it with collectibles and souvenirs from their travels around the world. Fans can even turn their family into PEPPA PIG characters and make them part of the story!

Beth Goss, CEO of Outright Games said: ”We’re thrilled Peppa is back with Outright Games for her next video game Peppa Pig: World Adventures. We’re enjoying the challenge of building on the fantastic reception to last year’s My Friend Peppa Pig and making this game bigger with more locations, characters and fun! We’re looking forward to sharing it with everyone next March.’’

Eugene Evans, Senior Vice President of Business Development and Digital Licensing, from Hasbro said “After nearly twenty years, it’s incredible to see the global love for the PEPPA PIG brand continue to grow as Peppa delights fans around the world through videos and in digital games. We’re very excited to be working with our friends at Outright Games on Peppa’s next video game adventure.’’

Peppa Pig first appeared on screen in 2004 and has since grown to become the pre-schoolers best friend. Distributed in 180 countries, PEPPA PIG brings joy to parents and children from all continents and cultures by helping pre-schoolers explore and expand their understanding of their own world through the experiences of their friend Peppa. Peppa Pig: World Adventures will be the second Peppa Pig video game to be released in two years following the success of 2021’s My Friend Peppa Pig. Peppa Pig: World Adventures will release on March 10thon Xbox One, Xbox Series X|S, PlayStation 4, PlayStation 5, Nintendo Switch and PC