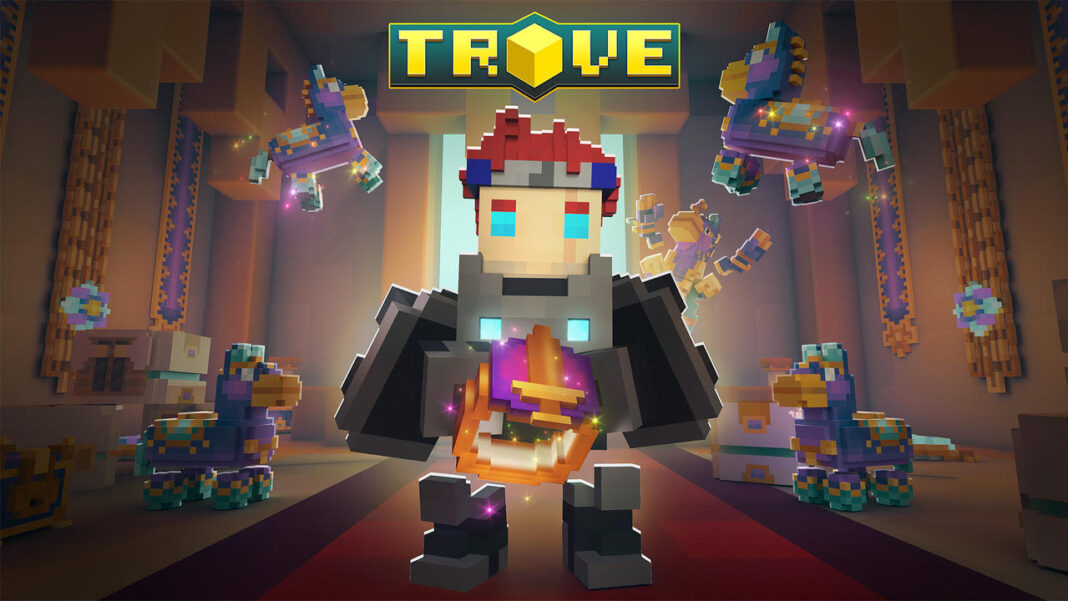 gamigo is now also giving players of its Voxel MMO Trove on Xbox the chance to go to the next level with the Polished Paragon system. This system is new to this platform, offering access to exclusive gear, eye-catching craftables, mounts, and much more.

Starting today, all experience points (XP) earned on Level 30 classes will go towards receiving Paragon levels for that class. While the effort to fill the XP bar for those Paragon levels may be a bit higher than before, the rewards will be worth it. Trovians will earn Loops (Trovian or Primal) that can be used for crafting Signatory Rings. Yes – those are Crystal Level rings! Just like any other Crystal gear, these range from Crystal level 1 to Crystal level 4, but unlike anything else, they can be customized to each class.

Crystal rings aren’t the only rewards earned through Trove’s Polished Paragon system. Players’ efforts may also spawn a Primal Paragon Piñata near them and in their inventory.

These piñatas contain anything from ore, flux, Trovian loops up to Paragon’s Marks used to craft all-new items at the Paragon Workbench in the Paragon’s Palace in the Hub.

New store items will assist players in reaching the pinnacle of Paragon levels: Primal Paragon Cubes and Primal Paragon Piñatas will give a boost toward attaining all those exclusive collectables and badges.

Trovians can craft five new allies, four new mounts, a new ship and sail, a new banner style, two new wings or a decoration box at the Paragon Workbench and make the colorful, eye-catching, and status-creating power of Paragon their own.gamigo asks Trove players on Nintendo Switch to be a little more patient before they will also be able to embark on the great adventure that Polished Paragon offers.