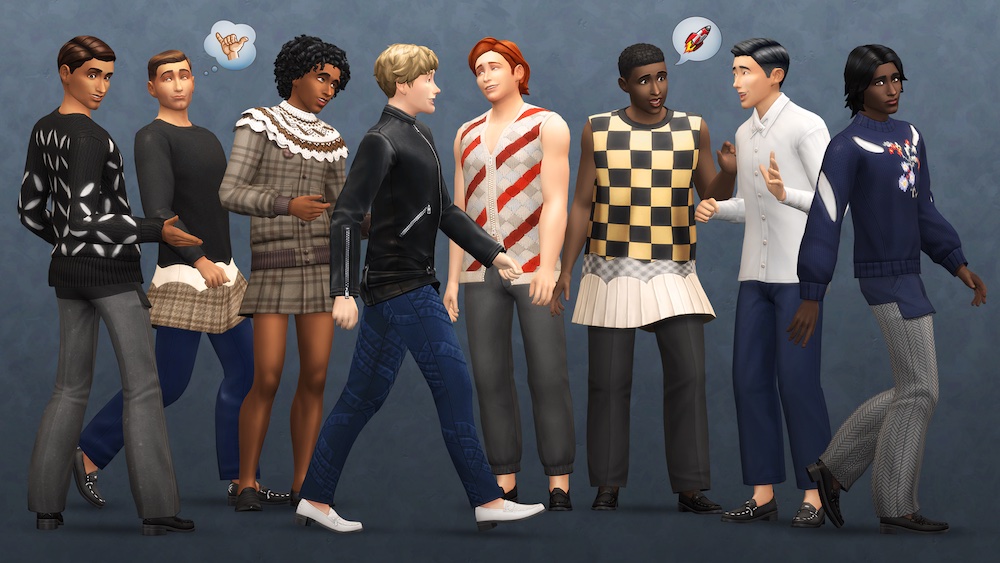 Fashion-forward Simmers can redefine the classics with The Sims 4 Modern Menswear Kit, which includes 23 new pieces of Simified recreations of real-world Stefan Cooke collections, featuring trendy wardrobe staples that will elevate their Sims’ closets with reimagined shapes, textiles and patterns that take everyday outfits from ordinary to extraordinary. There’s jackets, trousers, suits, and shoes, as well as some of the designers’ favorite pieces, including the Stefan Cooke Wool Varsity Coat with Skirt, a design that perfectly encapsulates the evolution of modern menswear.

The Sims franchise has a long history of giving players a creative destination to express themselves through fashion, most recently with the launch of Fashion Street Kit and Incheon Arrivals Kit, which introduced modern, global styles inspired by the cutting edge fashions in Mumbai and Seoul. The Sims 4 also previously partnered with Gucci for their “Off the Grid” fashion campaign and collaborated with Moschino to produce a capsule collection of ready-to-wear fashion items inspired by the game.