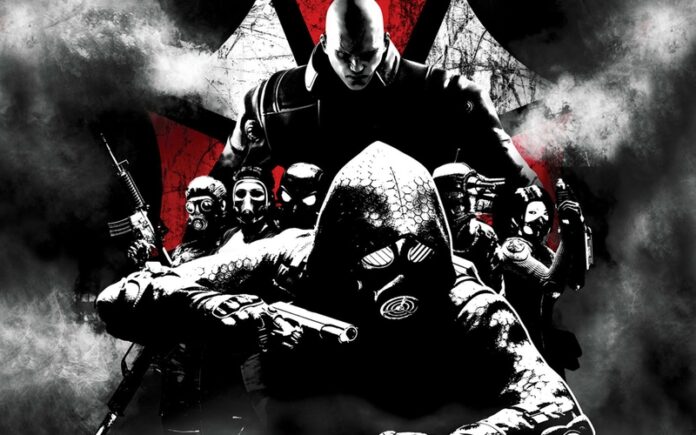 Umbrella Corps is a competitive multiplayer shooter that features zombies. Players play as a mercenary from two different corporations, and they are tasked to co-operate with their fellow mercenaries to eliminate all the hostile players. Players can choose to play from a first-person perspective, or a third-person perspective.

The game’s maps are described as “compact battle zones” which have traditional historic Resident Evil themes and environments. There are three classes available for players to choose, namely assault, short range and tactical. Each class is equipped with different weapons.

The game’s maps are infested with zombies. Players are equipped with a gadget called “Zombie Jammer”, which makes zombies to ignore their presence. However, they would still get attacked by them if they were intentionally or accidentally shot. Players can disrupt their opponent’s Jammer with the use of their “Jammer Buster”, which would make them visible to zombies, and therefore, forcing them to deal with more threats. Zombies can also be grabbed by players, and can be used as a shield.

PlayStation Plus titler for december 2021

PlayStation Plus titler for december 2021