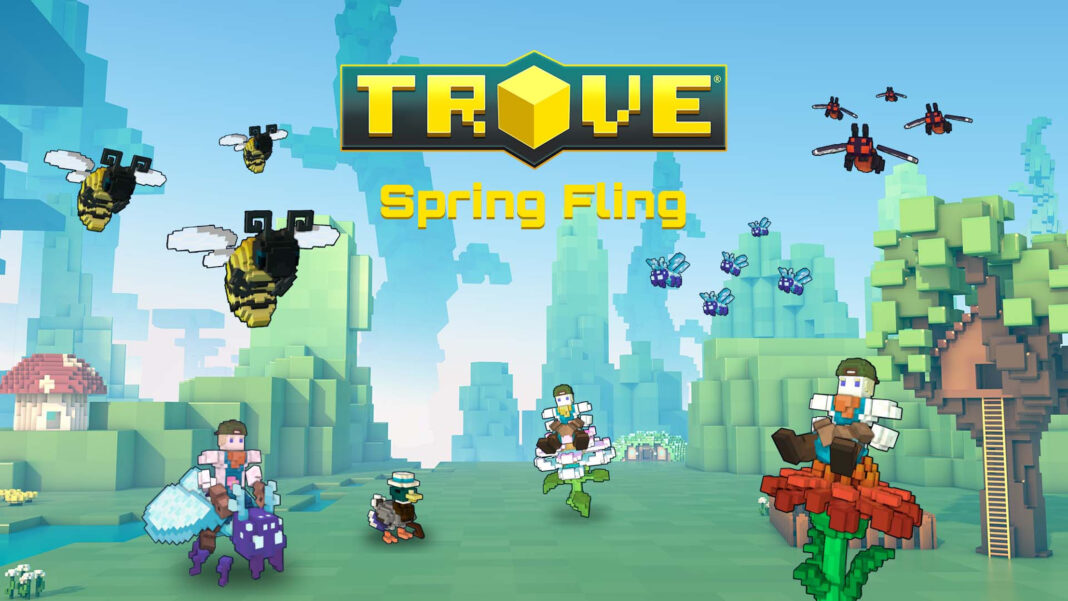 gamigo is happy to report spring has officially sprung in its voxel-based MMO, Trove. That could only mean one thing: Spring Fling is back! This year’s event marks the return of Sir Dapper Duckington Esquire as he provides Spring Flingers, but also new rewards, a new pack featuring all player-made content, and MORE Waspiders! Sorry, Arachna-Spheksophobics…

Starting today through May 16, Trovians can take part in several new and returning activities starting with an 8-step quest chain saving bees for bucks (aka endgame currencies) and new rewards that include two new pets, two new mounts, and a new banner.

It wouldn’t be a Spring Fling event without spring flingers! These multipurpose posies can be purchased from Sir Dapper Duckington and can be used year-round to spawn flowers at thrown locations (now with additional colors) as well as spawning a Bee Buddy Ally in the Medieval Highlands and Permafrost zones.

If flinging bombs is more a Trovians’ style, then they’ll be happy to hear a new season of Bomber Royale has also sprung! Players can bomb their buds across four new maps using the latest in bomb technology in the form of three new powerups. A new queue system and options for private matches round out this bombastic betterment!