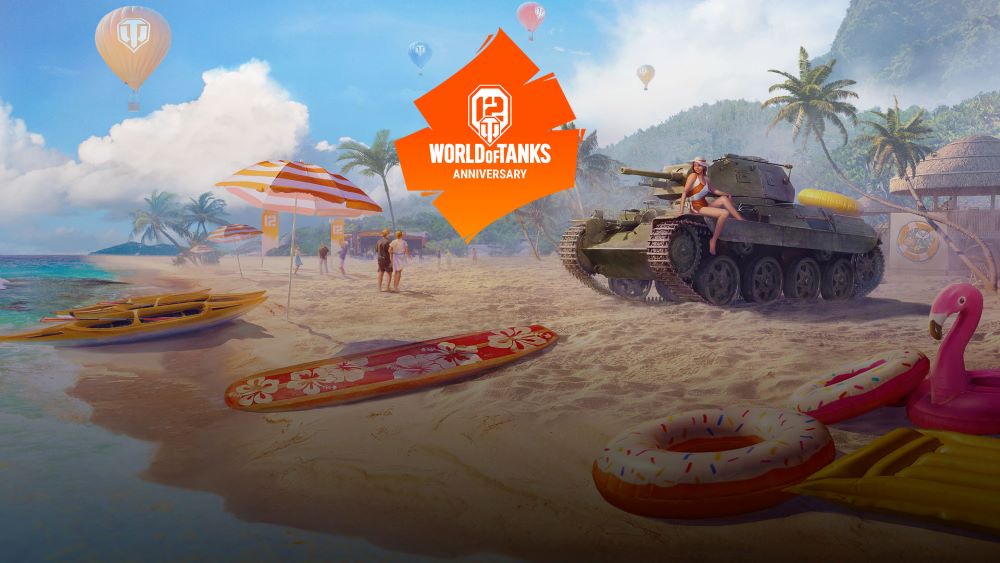 Grab your sunglasses and pack your beach towel, for this summer, World of Tanks is hosting a huge 12th birthday beach party from the comfort of your home! Until the end of August, your Garage will become a place where you can turbo-chill.

From August 12th to August 22nd, World of Tanks is celebrating its 12th anniversary with special combat missions, various rewards and Anniversary Coins to exchange for valuable in-game goodies and unique customization elements. Every tanker who logs into the game on any day of the birthday event, from August 12 – 22nd, will receive a free “Only Twelve” 2D style. Also, when players log in for the first time on event day, they will receive one day of Premium Account (up to seven days of Premium Account in total). Every daily battle mission will yield 5 Anniversary Coins which can be exchanged for bonds, Personal Reserves, crew members, days of Premium Account, styles, fun customization options, and other valuable things in the special section of the in-game store. Large missions will each give 20 Anniversary Coins in addition to the main rewards. And for the party that keeps on giving, players who complete any three daily combat missions will receive the Lago M/38, a brand-new, rapid-firing Tier III Swedish Premium tank.

Uriy Kuryavyi, World of Tanks Publishing Director, says it pays to visit the beach party every day. “Look out for large discounts on researchable vehicles, customization elements, equipment, consumables, Free XP and crew XP conversion, and more. On certain days, expect x2 and even x5 XP multipliers for the first win on every vehicle. World of Tanks is sure to be heating things up this summer!” said Uriy.