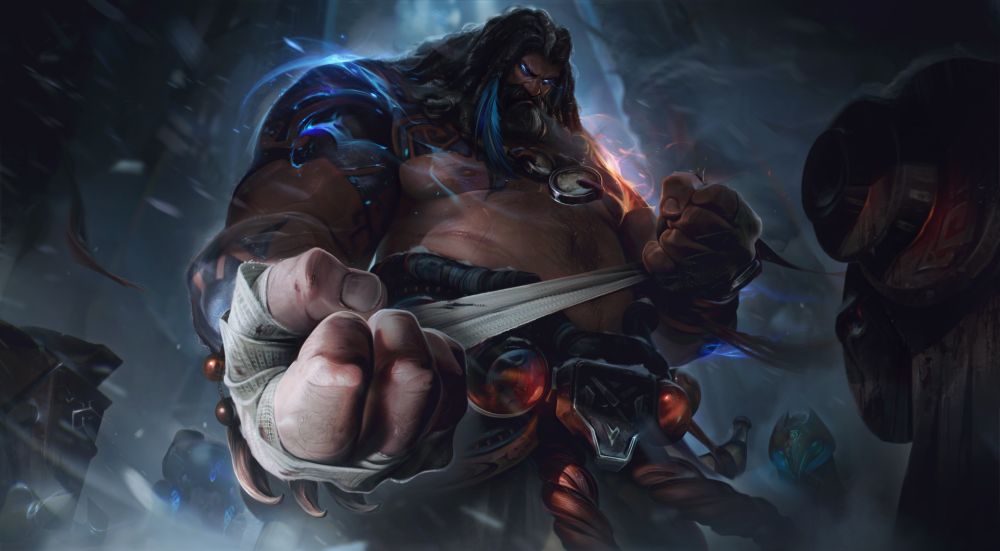 The “truest” melee champion in the League of Legends roster, Udyr is back and better than ever, ready to take on the jungle and his enemies with powerful stances. Quick thinking and adaptive ability usage will help Udyr players express Freljord’s mystical landscape in unique ways.

“I can taste my enemies’ hunger for victory. Let them starve.”

The most powerful spirit walker alive, Udyr communes with all the spirits of the Freljord, whether by empathically understanding their needs, or by channeling and transforming their ethereal energy into his own primal fighting style. He seeks balance within, so that his mind does not get lost amidst others, but he also seeks balance without—for the Freljord’s mystical landscape can only thrive with the growth that comes from conflict and struggle, and Udyr knows that sacrifices must be made to keep peaceful stagnance at bay.

Udyr has 4 basic ability stances, each related to a Freljodian demigod. Every ~30s he can Awaken his active stance by recasting it to refresh it and gain bonus effects.

After casting (or re-casting) an ability, Udyr’s next two attacks gain 40% attack speed

Awakened: Increase attack speed, plus next 2 attacks arc lightning that bounces up to 6 times (can hit the same target multiple times if they are isolated).

Awakened: Refresh the shield, stacking. Recover a large amount of maxhealth over 2s.

Udyr goes into Stampede Stance. Gain a burst of movement speed. While in this stance, first attack against each target stuns them.

Awakened: The storm detaches from Udyr and tracks to the enemy he most recently attacked (and does more damage).