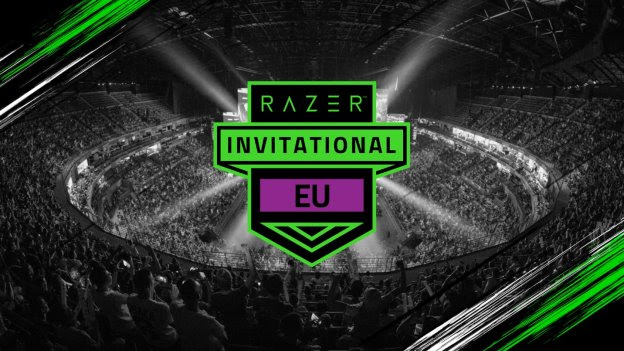 Razer™, the leading global lifestyle brand for gamers (Hong Kong Stock Code: 1337), today announced that the Razer Invitational – Europe (RI-Europe) will be returning on October 14, 2021. The digital event is the largest EU-based open esports tournament of its kind. This year, RI-Europe will include mobile as well as PC gaming, allowing for even more gamers to compete at a professional level. Following the success of the inaugural tournament in 2020, which engaged more than 12 million viewers and almost 50,000 athletes from 6 countries across the region, the RI-Europe Season 2021 will continue its inclusive legacy and remains open to all gamers from across the region, no matter what their skill levels are.

Taking place from October 14 to November 7, the tournament will kick off with the Mobile battle arena shooter game, Brawl Stars. This will be followed by an intense few weeks of competitive PC gaming with Fortnite and Valorant.

“Razer Invitational has become synonymous with inclusive gaming, and it’s our responsibility to continue to expand the tournament in ways that brings it even closer to gaming communities around the world. With mobile gaming growing rapidly, we wanted to ensure that those players also have an opportunity to compete at a professional level,” says Yann Salsedo, Head of Esports (EMEA) at Razer. “Coming back with more platforms and a greater portfolio of games, RI-Europe 2021 represents our vision to nurture and grow esports, offering more players a chance to win bigger prizes, and make a name for themselves as they climb the tournament ladder in Europe’s largest inclusive esports tournament.”

This year’s RI-Europe is broken into four week-long legs dedicated to competitions in three uniquely curated titles. The tournaments will kick off on October 14, 2021 with Brawl Stars on mobile platforms, before competitors clash in Valorant and in Fortnite on PC. In each tournament, up to 9,000 competitors will battle it out for cash and hardware prizes from Razer and Intel™. The competitions will culminate with a grand finale for prizes worth more than 20,000 EUR in cash and hardware prizes. Every week, there will be three days of tournament play, with qualifications and playoffs taking place on the first two days, reaching a peak with finals happening every Sunday.

Razer Invitational Season 2020 was a massive success, captivating fans across Europe, Southeast Asia and Latin America, with 22 nations participating and nearly 60,000 athletes eagerly taking part in the opportunity to compete at an international level. Audiences from all over the world also voiced their excitement as 24 million viewers tuned in to watch emerging athletes go from unknown players to household names.

Registration for RI-Europe 2021 will open on September 28. Four tournaments will be organized from October 14, 2021 through to November 7, 2021, with each tournament able to support up to 9,000 players.

For more information on Razer Invitational – Europe, registration information and schedules for the qualifiers, channels to follow and where to watch the tournaments, please visit the official RI-Europe website or Team Razer’s Facebook page.

RI-Europe offers plenty of fun for fans and viewers alike. When tuning in to Razer’s YouTube, Facebook and Twitch channels to watch the live matches, viewers can win prizes by voting for the MVP (Most Valuable Player), as well as take part in random draws for spot prizes. A live stream will also be available in English.

Followers of the tournament on Razer’s social media channels will also have plenty of chances to win, with a host of giveaways and competitions for prizes from Razer, and Intel spanning the duration of the tournament.