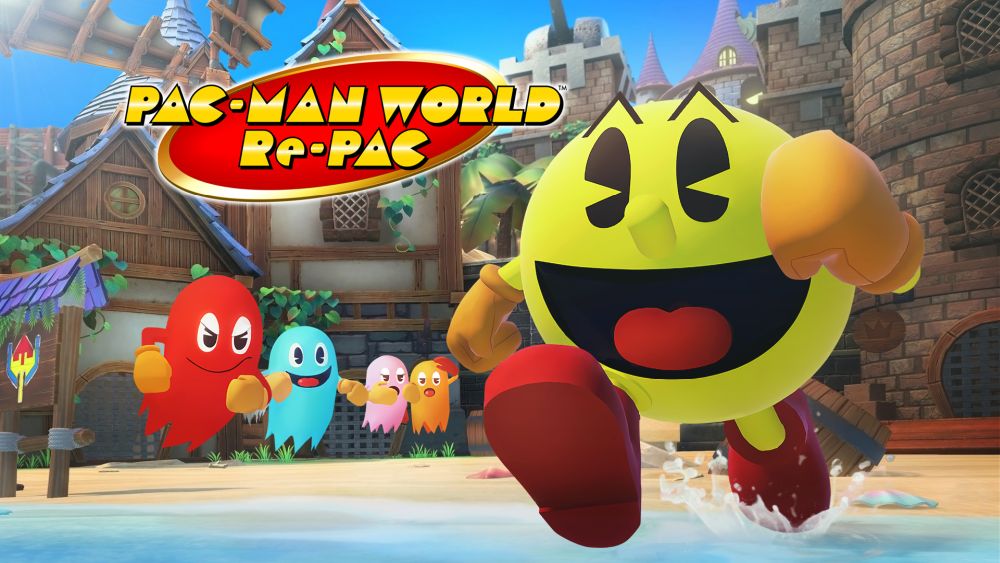 Released more than 20 years ago, PAC-MAN World 20th Anniversary was the first foray of the legendary yellow icon into the 3D platforming genre. Today, PAC-MAN WORLD Re-PAC, the remastered version of this game gets two new trailers.

One trailer is showcasing the graphics evolution bringing PAC-MAN to the next generation. PAC-MAN WORLD Re-PAC brings back a wonderfully original world of adventure for PAC-MAN, where our hero is now chasing the Ghosts to rescue PAC-MOM, PAC-BOY, PAC-SIS, Professor PAC, PAC-BUDDY, and Pooka from their clutches only to discover a new nemesis in the dreaded TOC-MAN.

In another trailer, re-discover the introduction of PAC-MAN WORLD Re-PAC in this Opening Movie and learn about PAC-MAN’s journey onto six mysterious worlds to rescue his family by chasing Blinky, Pinky, Inky and Clyde.

PAC-MAN will be able to use a wide array of moves to make his way through the various environments the game has to offer. But while the Bomb Attack, Bomb Dot or Metal PAC-MAN are making a comeback, PAC-MAN has now the possibility to hang in midair, extended the timing of his jump, and to eat a Power Pellet and turn into MEGA PAC-MAN allowing him to attack the ghosts.