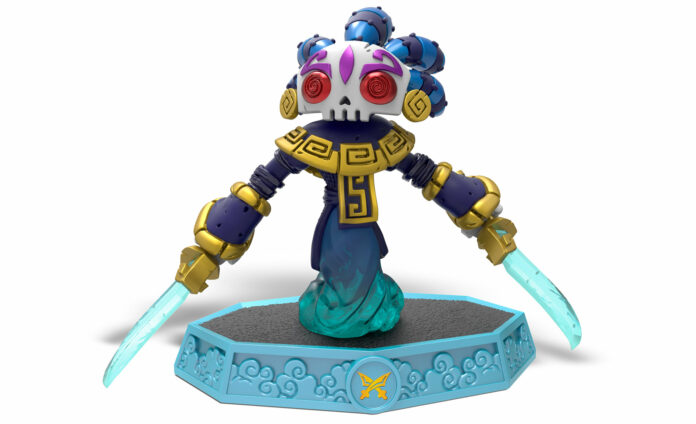 Just like her name suggests, Bad Juju had always been bad. From her humble beginnings as a witch doctor, where she put curses on her patients instead of curing them, to being the Golden Queen’s right-hand sorcerer, she had spent her entire life as a villain. Being captured by the Skylanders didn’t do much to change her attitude either. At least, that was the case until the day she conjured up more than she bargained for – a son named Juju Junior. That was when she finally decided it was time to come to change her lifestyle. She didn’t want to raise Juju Junior inside a prison thinking that his magical mother was a criminal. So she asked Master Eon to give her a chance to be a hero instead. As luck would have it, Eon was a looking for a Swashbuckler Sensei who could help train Imaginators the value of being good. Not bad for Bad Juju.