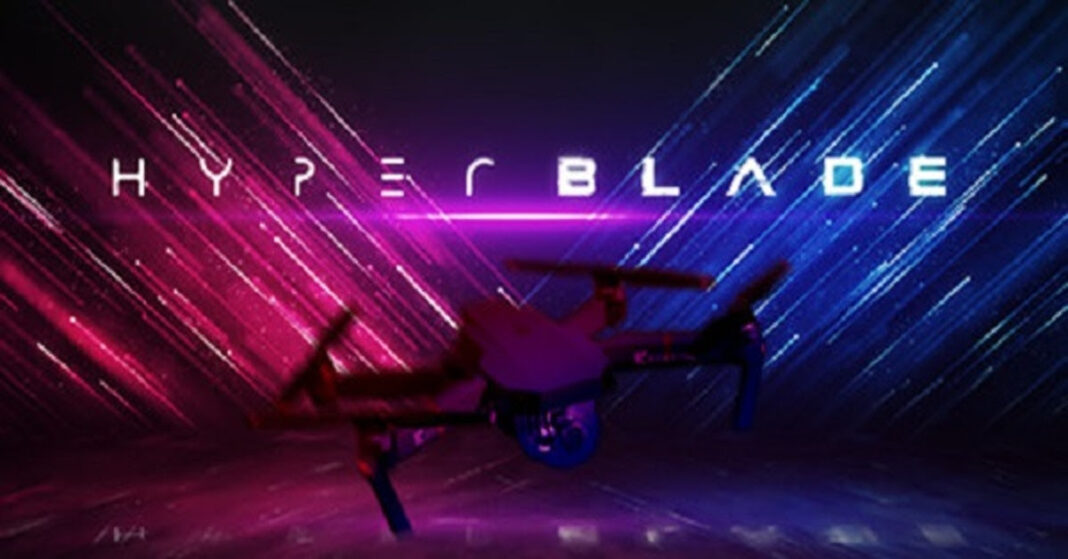 Hyperblade is one part VR racing game, and one part vehicular combat. challenge your opponents to a traditional race or amp up the stakes by strapping some weapons to your drone and battling it out in the combat arena or blow your opponents off the track.

In Hyperblade,you can engage in traditional style, first to the line races against your friends or the AI. Fly through the checkpoints and be the first to cross the finish line. You can also make the races more exciting by equipping weapons on your drone and eliminating your opponents before they cross the finish line first.

Hyperblade allows 2-4 players to play against each other in third person view on a split screen, build a personal high score list made up from your own races and those played against your friends and an arena mode which resembles the Arena of a first person shooter.

Hyperblade VR is also compatible with the Oculus, Vive and Windows Mixed Reality headsets. If you need more information about the game, don’t hesitate to reply to this email and I will attend to you right away.