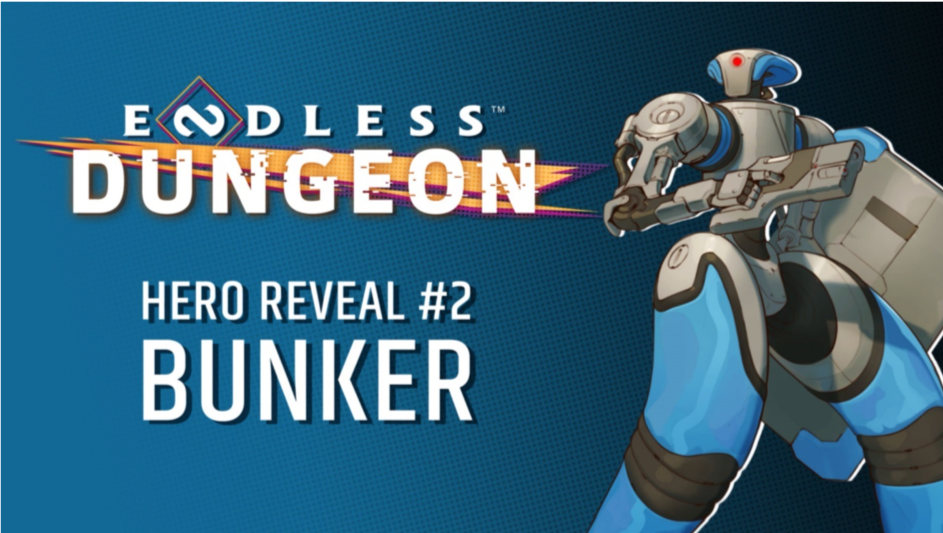 There’s a new sheriff in town! By “town” we mean menacing abandoned space station, and by “sheriff” we mean robot tank obsessed with order, justice and (of all things) politeness. That’s right folks, it’s time to meet Bunker! She’s the second hero to get star treatment in our Hero Reveal series.

In ENDLESS™ Dungeon, our upcoming roguelite tactical action game, you’ll be fighting to escape a mysterious station by forming a squad of elite heroes, and Bunker is a great starting choice.

So, who is the lucky lady?  Bunker’s history goes back a long way, as she was conceived and constructed as a part of an autonomous police unit tasked to track down criminals and illegal life forms. Though unrelentingly civil and polite, Bunker does not put up with lawbreakers, corruption, or rudeness. Created with a distinctive set of morality routines, for Bunker the famous first law of robotic behavior was rewritten: “During the course of your work you may not harm organization property or, through inaction, allow organization property to come to harm.” Nobody on the Station seems to have any idea of who owns what, however, so Bunker feels free to jump right in.

Much like our other heroes Bunker has 3 skills. And as you might guess from her name, they’re quite tank-y.