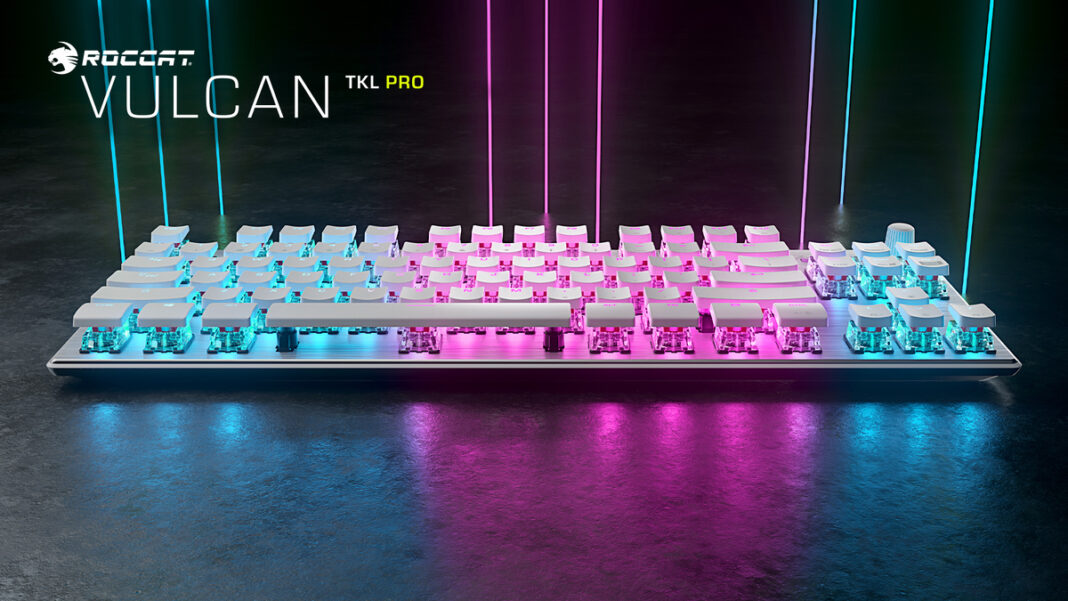 “It’s been great to see the white tenkeyless Vulcan get so much positive feedback from our fans,” said René Korte, ROCCAT Founder and General Manager for PC Peripherals at Turtle Beach. “We actually revealed the Vulcan TKL Pro White for the first time in May by sneaking it into the background of the video announcing our partnership with SypherPK. After that we saw many requests for a white version, and we’re always pleased to deliver what the community wants.”

The smaller tenkeyless form factor lets gamers play in a more natural, comfortable position and opens the possibility for a bigger range of mouse movements. The keyboard’s smaller design and detachable braided USB-C cable also make it the perfect companion for gamers who are on the go and in need of consistent performance. Its low-profile keys offer a flat hand position leading to less fatigue over long periods of gaming or typing, and for added functionality the Vulcan TKL Pro White has mixer-style audio controls.