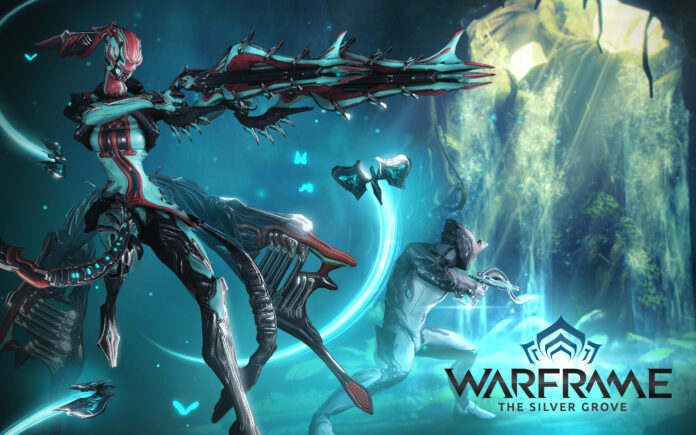 First teased during TennoLive at TennoCon 2016 in developer Digital Extremes’ hometown of London, Ontario, the newly-released Titania Warframe proves that sometimes smaller is better. With the ability to shrink down in size, flying about the map with her built-in Archwing, Titania can eviscerate enemies with swarms of razor-winged butterflies and a unique set of Abilities.

Major highlights from The Silver Grove Update for PC include:

NEW WARFRAME TITANIA: Trance your enemies with the mystical powers of Lotus’ newest warrior, Titania. Overwhelm your foes with swarms of razor-winged butterflies, distract opponents with shiny lures, and morph into a small but deadly, flying fairy. This incredible shrinking Warframe packs a big punch!

NEW LUNARO IMPROVEMENTS: Tenno, at the ready! Warframe’s recently released team sport Lunaro is expanding! Flip your perspective with a new Steel Meridian-themed Map, featuring a sideways net and mid-field ramps. Experience new gameplay improvements including a dedicated ‘pass’ button and the ability to guard while holding the Lunaro. Matchmaking improvements and the introduction of volunteer servers means you — along with your teammates and adversaries — will experience even smoother and more consistent Lunaro gameplay.

NEW GLYPH SYSTEM: Leave more than just bodies of fallen enemies on the battlefield. Leave your mark with Warframe’s new Glyph system. Choose from a variety of Glyph designs and make a statement in your environment.