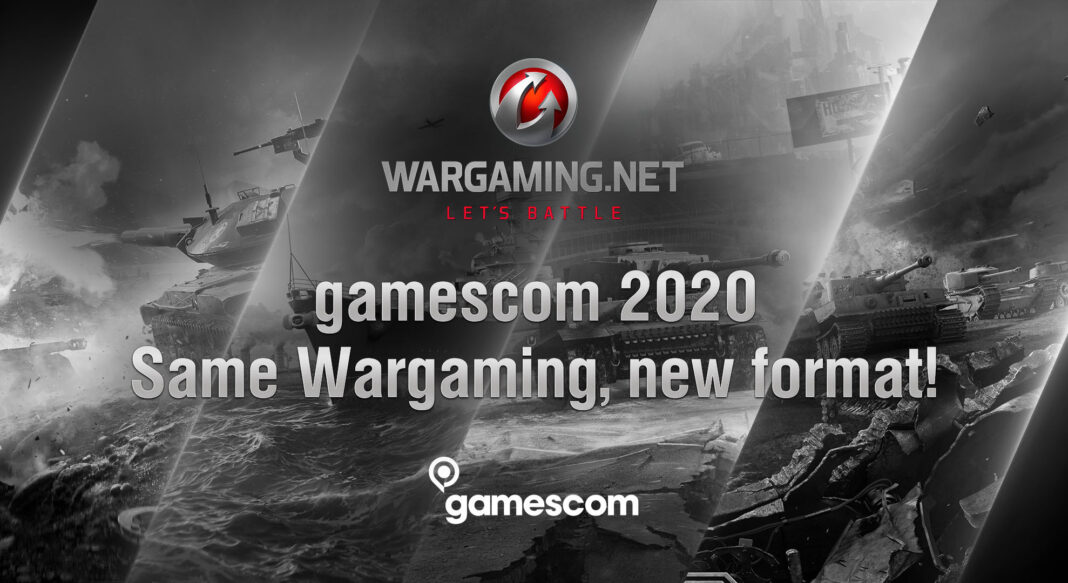 The Wargaming partner page on the gamescom digital website will host a huge amount of exciting content, from a Sabaton concert to many hours of explosive video. Similarly, World of Tanks, World of Warships, World of Tanks Console and World of Tanks Blitz (which was launched yesterday on Nintendo Switch in addition to mobile) will all have their own distinct product pages and presents – offering live streams and epic drops for new and old fans of Wargaming’s titles. On top of that, World of Tanks has recently been nominated for “Best Ongoing Game” at the renowned gamescom Awards 2020, and Wargaming is keeping their fingers crossed – together with their dedicated fans.

“A decade ago, we created something groundbreaking: a digital game where you needed to be smart to be victorious,” states Victor Kislyi, CEO of Wargaming. “World of Tanks is more than just a game though, it’s a hobby for our players and it’s brought people together around the world through this shared passion. Throughout those years, we have worked closely with gamescom to showcase our titles and support the industry, and we feel privileged to be a partner this year, in line with the birthday of World of Tanks.”

The partnership also falls in line with the 10th anniversary of Wargaming’s longest-running title, World of Tanks, which includes huge celebrations, unlike anything that has ever been seen in the game. From a collection of seven Premium vehicles to 10 days of World of Tanks Premium Account, new players and veterans of the game are able to redeem some amazing gifts!

To commemorate the decade of fierce tank battles, World of Tanks now has its own artbook available for pre-order https://worldoftanks.eu/en/news/general-news/pre-order-wot-artbook/ Delving into the main events, milestones and more of the last 10 years, ‘The Art of World of Tanks’ is a collection of everything from preliminary sketches to never-before-seen artworks that detail the World of Tanks journey.