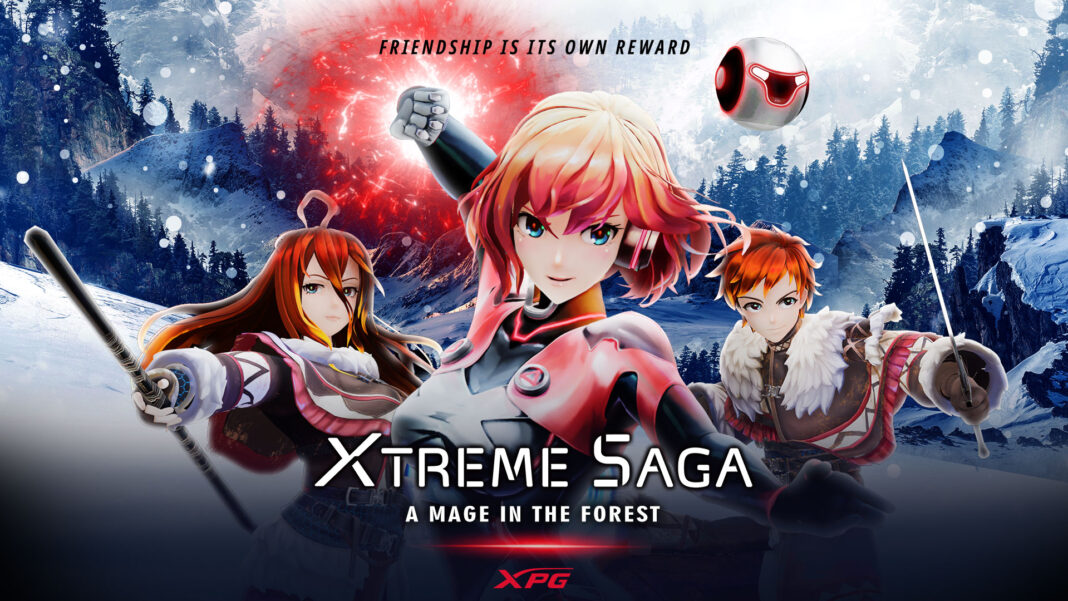 XPG, a fast-growing provider of systems, components, and peripherals for Gamers, Esports Pros, and Tech Enthusiasts, today released the next episode of their animated series, Xtreme Saga. This is the second episode in the anime inspired series starring their brand ambassador, Mera.

Xtreme Saga is part of a much larger transmedia project centered on the character Mera. Though the animated series is one of the most noteworthy parts of the project, the Xtreme Universe stretches into many other facets of entertainment. There are several different types of Xtreme Saga merchandise, Xtreme Saga NFTs, plans for a serialized version of the story in text, and in the future XPG even hopes to produce a feature length animated film. XPG has stated that Xtreme Saga is meant to last for years to come and hopefully will grow in popularity to the point of being able to produce more content faster in the near future.

The first episode of Xtreme Saga released on December 30th, 2021. Today, it has more than 2M views on YouTube. This pilot episode told the story of how Mera’s planet suffered under the tyranny of the invading Cult of Ios. The people were held hostage on their own world and forced to live in fear. When Mera’s younger sister, Adara, is kidnapped by the Cult, she goes on a quest to save her. Over the course of this journey, Mera meets powerful allies and organizes a resistance. The episode ends with a small victory against a single leader within the Cult of Ios’ massive intergalactic military force, but Mera’s sister flees the scene. By the end of the episode, there is still much work to be done by Mera and her comrades.

Xtreme Saga Episode 2: A Mage in the Forest

The latest episode of Xtreme Saga finds Mera on a quest to learn more about the Cult of Ios and discover a way to defeat them for good. During her journey, she and her robot companion, Orb, find themselves in a harsh, snow-covered climate of Elurra. They happen upon a group of warriors attacking two youths. Mera must decide on the best course of action and who she should side with in this conflict. With her newfound powers, she has the ability to mete out justice, but with such power comes the burden of responsibility.