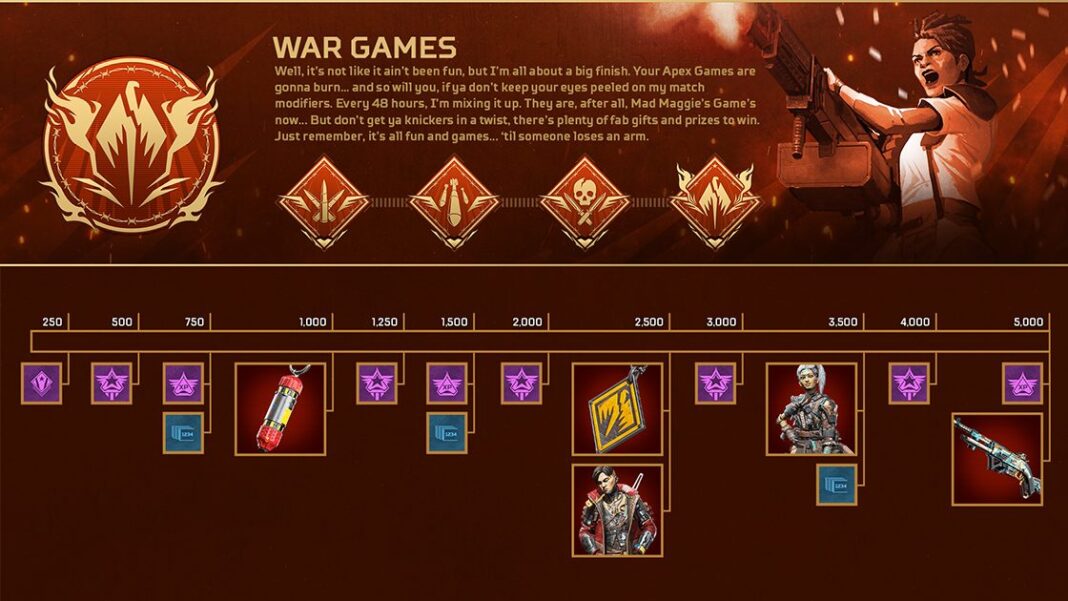 As we approach the end to the Mayhem season, Respawn Entertainment has announced Apex Legends War Games, a new event featuring never-before-seen playlist modifiers, a new rewards track and a new set of challenges. Get a first-look at the game modes and all the content up for grabs when War Games launches on Tuesday, April 13.

In Apex Legends War Games, each new playlist modifier will only last for a few days, but players will want to come back for the earnable cosmetics and goodies, including epic Rampart and 30-30 skins, five unlockable Battle Pass levels and more XP challenges refreshed daily. In addition, five modes will take over normal Play Apex playlists in rapid succession when War Games kick off next Tuesday, including:

Last thing, some new skins! Pathfinder, Wraith, Lifeline, Gibby, Mirage and Bloodhound are all rocking some re-imagined takes on classic looks to celebrate the War Games, so be sure to check out the Apex Shop.