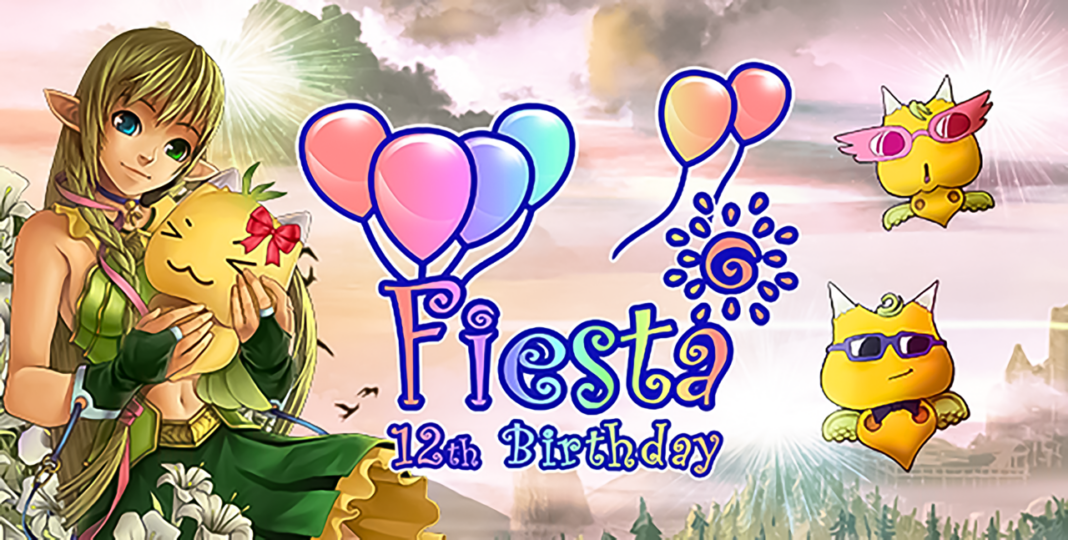 Players can look forward to two weeks filled with festivities of all kinds, special quests, beautifully decorated towns and much more.

In the enchanted anime world of Isya, players can solve challenging birthday adventures together with other members of its vibrant online community. During the tooth-achingly sweet Cupcake War Kingdom quest, the inhabitants of Fiesta Online are invited to fight their opponents with deliciously baked goods. They can also look forward to special anniversary quests, where players must complete birthday themed tasks and be rewarded with an adorable Birthday Balloon mini pet. In Roumen, the well-known NPC Alfonso awaits the players who must aide him and his merry group of friends.

The main town areas of the game world will be adorned with sparkling decorations, fitting the occasion. In thrilling Community events, daring adventurers can fight nefarious fiends in fearsome monster spawn events and enjoy the many perks of special server boosts.