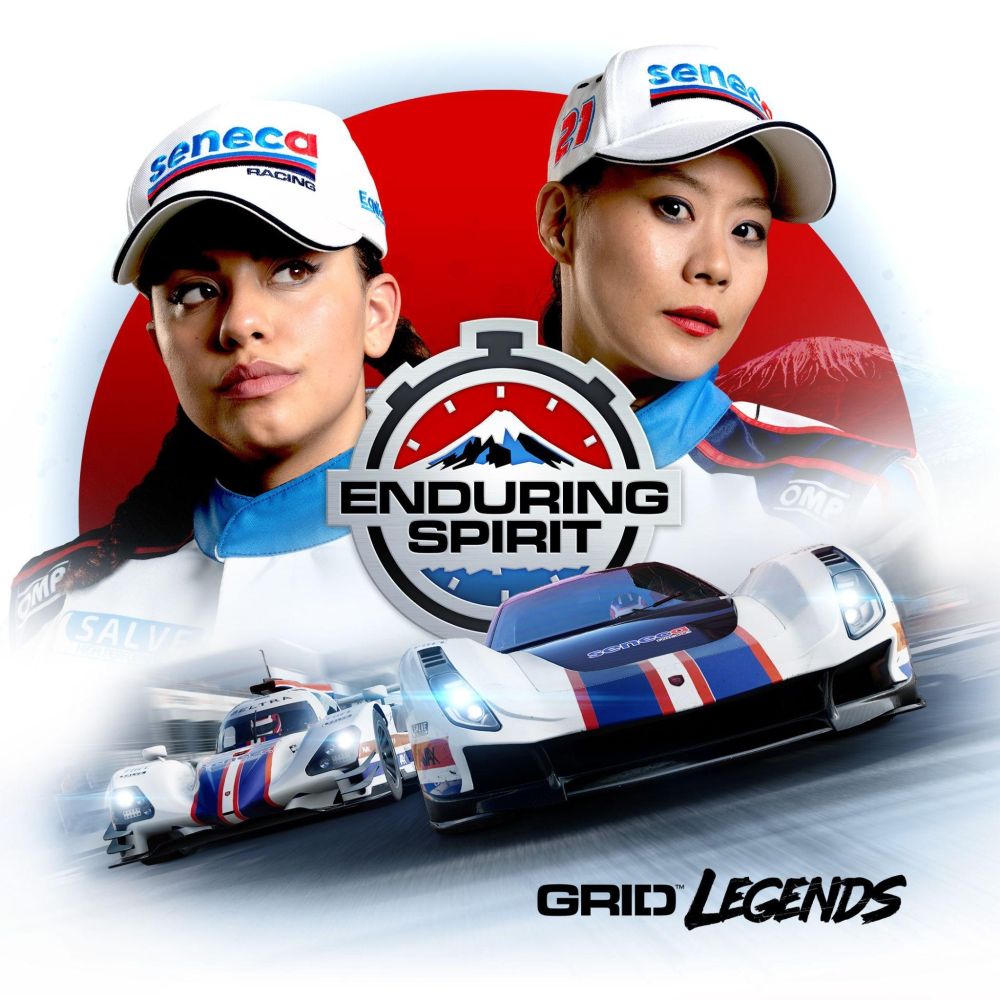 The new game mode invites players to race as ‘Driven to Glory’ story mode character and prodigy driver Lara Carvalho alongside racing daredevil Yume Tanaka at the inaugural Seneca ‘GRID of Legends’ tournament. The narrative will develop over eight themed story experiences and story events. Enduring the heat, finding balance and harmony are key for players to claim victory.

This mode turns up the excitement and allows players to race for longer and up to five classes at the same time. The four new vehicles joining the eclectic roster include high-powered monsters like the Bentley Speed 8, Bentley Continental GT3 and BMW V12 LMR, and the nimble and agile Autozam AZ-1 Mazdaspeed Kei. Three new sponsored Career Events and a host of icons, liveries and banners for ingame use will also be available in this pack.

“Endurance racing is one of the most challenging and unpredictable motosport formats, and it requires the driver to be at one with the car,” said Paul Lovell, Senior Games Designer at Codemasters. “We are excited to bring this to life in our new DLC, together with the legendary Fuji Speedway circuit. With highspeed straights and technical tight turns, we are confident players will enjoy competing with friends and claiming victory in the foothills of Mount Fuji.”

GRID Legends’ new Enduring Spirit pack is available for purchase today on Xbox Series X|S and PlayStation®5, alongside PlayStation 4, Xbox One, and PC. Deluxe Edition owners will get instant access to this content pack. Enduring Spirits’ online multiplayer interaction allows players to challenge their friends, who can play the pack’s content for free**, and show them what they are made of on the track.

Ahead of the spookier season of the year, GRID Legends will also host a special Halloween event free for all players*** starting today up to November 6. Set in London, surrounded by green fog and immersed in an eerie atmosphere, players who carry out the proposed five lap race using the Cobra Cup vehicle class will be rewarded with five Halloween inspired vehicle patterns.