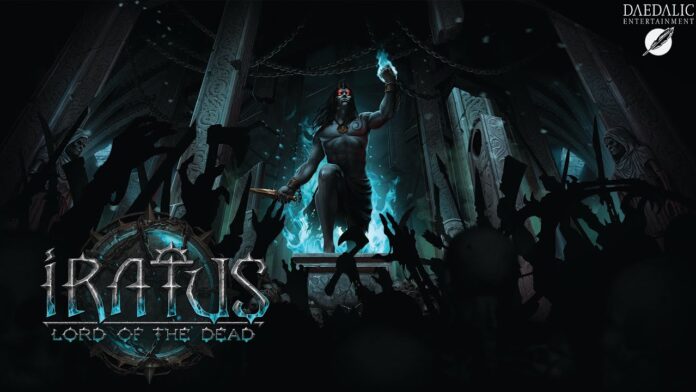 Publisher Daedalic Entertainment and developer Unfrozen are releasing their first major content update to support Iratus: Lord of the Dead. The dark fantasy roguelike RPG remained a top seller on Steam for days after its early access launch, shattering Daedalic’s own records, and will be discounted by 25% on Steam for 48 hours to celebrate the update. Both update and sale will be available starting at 7pm CEST today.

The free patch adds two new minions to the ranks of the evil necromancer Iratus — the Unfrozen (available to everyone) and the Infested (exclusive to owners of the Supporter Pack). Former allies of Iratus from the cold north, the Unfrozen had no choice but to turn themselves into frozen husks. While not quite as powerful as the great necromancer himself, these ancient beings now serve Iratus with their ice magic. The Infested are feeble zombies whose bodies are rife with diseases and plagues which they can spread among the enemy, wreaking havoc on their morale.

In addition, the free update introduces three new enemies — the Shadowelf, Ataman and Gargoyle — who will require new strategies to overcome. The new “Endless Rise” mode is available to all players who crave a unique challenge by diving into never-ending dungeons. Furthermore, the update comes in with new spells for Iratus, dozens of new artifacts, and a variety of balancing and UI improvements.

Iratus: Lord of the Dead will be continuously updated and expanded throughout early access with new content, features and improvements.