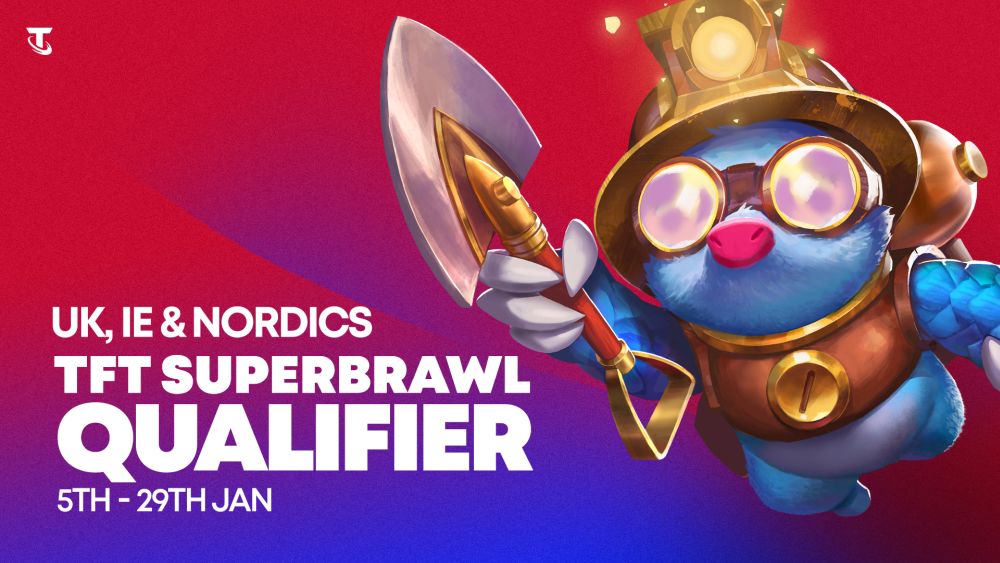 Husk at TFT Superbrawl har åben for tilmelding helt frem til i morgen mandag for Qualifier 2. Det giver chance for at deltage i finaler der kommer i starten af februar. Læs mere her.

On Monday January 17th the first Nordic qualifier for the Pan-European Teamfight Tactics Superbrawl took place. The event saw 97 players from all across the Nordic region battling out for the 16 slots in the Superbrawl Qualifier Finals, which will take place in a couple of weeks.

With the first qualifier finished, the results show that “adreh” and “tnviking” shared the first place with 38 points followed by “HaidenTFT” on third place with 36 points. These three players and the next top 13 of the competition secured their places in the Qualifier Finals, that will take place on January 29.

Next week, on January 25 Qualifier 2 will take place and another group of Teamfight Tactics players will be given the chance to compete for a place in the Qualifier Finals. Sign-ups are still open for anyone in Sweden, Norway, Denmark, Finland or Iceland who wants to participate. The sign-up close on January 24 18:30 CET.

The top 16 players from each Qualifier will be entered into the Qualifier Finals taking place on 29th January.

The top 2 from the Qualifier Finals will secure the regional slot in the TFT Superbrawl, and go head-to-head with teams from France, Italy, Poland, Spain, and Turkey, as well as the CIS, DACH, and Eastern Europe regions.

What is TFT Superbrawl?

Taking place from 4-6 February, the TFT Superbrawl is a pan-European competition where nine teams (of two players) from local qualifiers battle it out in the Convergence for one of the coveted spots at the TFT Rising Legends Finals, alongside their share of the €5,000 cash prize.

What is TFT Rising Legends?