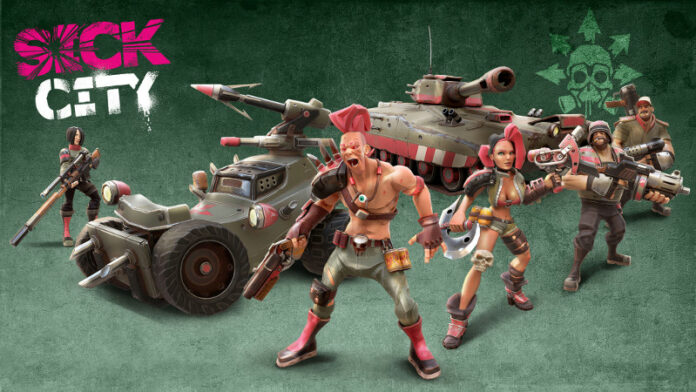 In addition, ROCCAT is offering three different limited-edition player packages providing exclusive content and reduced prices compared to the suggested retail price upon SICK CITY’S release which will be 29,99€.

All purchases come with access to the Imperial Legion Skin, only available through purchase of one of the three above-mentioned packs. Additionally, purchase of a pack means free updates for future releases, like new factions, maps and game types, the closest available being the W asteland Junkies faction hitting the streets of SICK CITY this coming October.

In support of our early testers, SICK CITY’S development team continues to build out easier access to shared information, from bug reporting to the soon-to-be-available in-game voting system coupled with ROCCAT’s unique voting currency, allowing players to provide feedback quickly and easily, and most importantly, more directly shape the direction SICK CITY takes in its final retail version. Game development has changed, and now more than ever, it is a collaborative effort between gamers and developers. ROCCAT has and will continue to embrace this fully with SICK CITY and beyond.