GamersLounge
Forside Nyhed The Devil in Me er ude 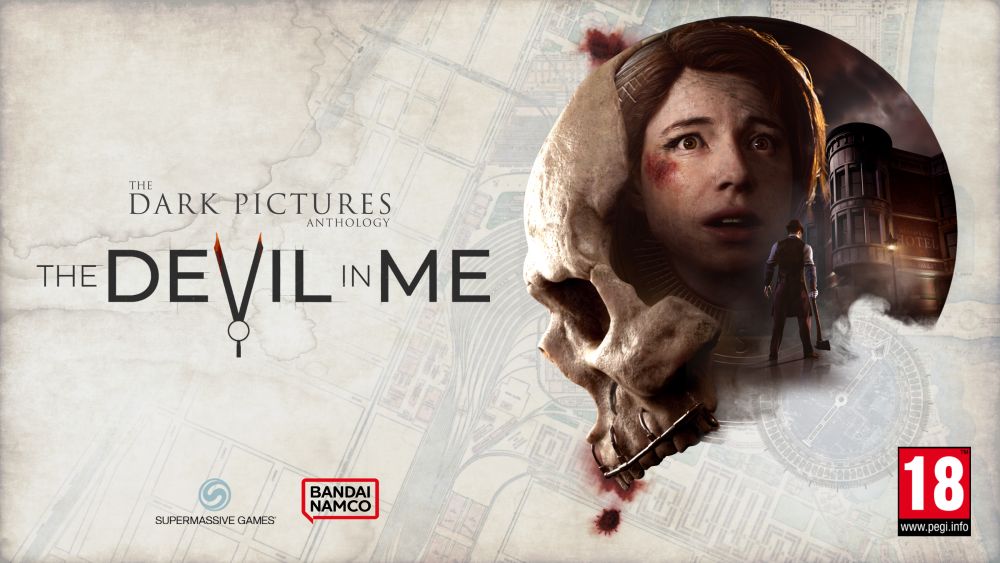 Bandai Namco Europe today released The Dark Pictures Anthology season one finale, The Devil in Me, on PlayStation®5, PlayStation®4, Xbox Series X|S, Xbox One and Steam®.

In The Devil in Me, players are invited to a stunning recreation of the World’s Fair Hotel built by American serial killer, H.H. Holmes. They control the crew of Lonnit Entertainment, low-budget documentary creators who are lured to the hotel with the promise of something truly unique, something that might just boost the ratings of their true-crime show. Their fate is in the hands of the players, who will have to make impossible decisions under pressure, while their murderous host watches their every move.

As well as a new story and star-studded cast, the Season One finale comes with an array of new gameplay features. Characters can now climb, jump, crawl and run through exploration areas that are larger and more complex than ever. Players will need to keep their cool to solve puzzles and using the new inventory system and special character tools at the right moment can save their lives!

As with all games in The Dark Pictures Anthology, players can face the horror alone or team up with friends in the multiplayer modes: online with a friend or with up to 5 players in couch mode.

The Dark Pictures Anthology: The Devil in Me is available on PlayStation 5, PlayStation 4, Xbox Series X|S, Xbox One and Steam.

The Dark Pictures Anthology is a series of stand-alone, branching cinematic horror games, designed to present a new terrifying experience on a regular basis. Each game features a brand-new story, setting and new cast of characters.