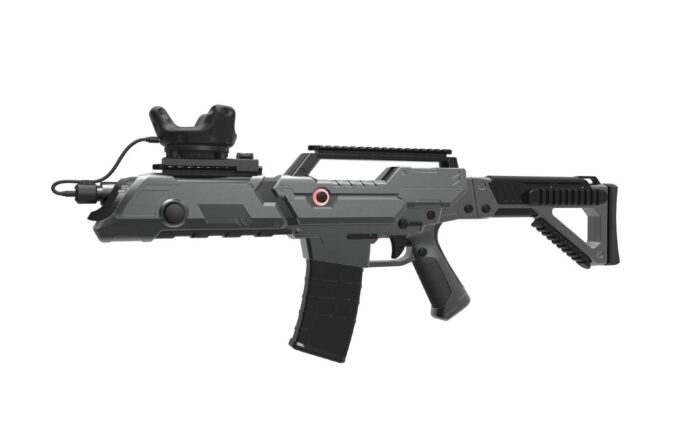 HTC VIVE™, recognized by the industry as the leading Virtual Reality (VR) product, expanded its VR ecosystem by  announcing pricing and availability dates for the Vive Tracker and Vive Deluxe Audio Strap.  The Vive Tracker, built to empower developers and accessory makers to make VR even more immersive, will be available on March 27 for developer purchase through Vive.com. The Vive Deluxe Audio Strap will go on sale for pre-order on May 2, with expected delivery in June. Both products will be available for a suggested retail price of $99.99 (€119.99, £99.99, ¥799.00).

“We see an incredibly strong future for VR, and have created an entire ecosystem around Vive. The Vive ecosystem is evolving, adaptable and will continue to grow to drive the industry forward,” said Daniel O’Brien, GM VR, US, HTC Vive. “The Vive Tracker is a key piece of that strategy and when paired with Vive technology and programs such as Viveport and Vive X, represents a significant opportunity for us and our partners to make the Vive ecosystem synonymous with the growth of VR.”

Vive will further expand the industry’s leading VR ecosystem by allowing developers to bring real-world objects into VR and dramatically expand the capabilities to create even more amazing VR experiences. Vive has already received over 2,300 applications for the first 1,000 Vive Trackers. Applications crossed a wide spectrum of non-gaming applications of VR areas such as Education, Enterprise, Training, Health and Wellness and more. In fact, nearly 60% of applications were non-gaming or non-entertainment content.

“Building an object that can be tracked alongside the Vive can be complex.” said Joe Ludwig of Valve. “But the Vive tracker makes tracking objects in VR so simple that anyone can do it. We’re thrilled that HTC has developed this product and we’re looking forward to seeing what people build.”

Island 359 developer, CloudGate Studio is just one of the early adopters of the Vive Tracker. CloudGate is using multiple Trackers for full body awareness of players within their action-shooter Island 359. The technology will be on display at GDC in Valve’s booth on Wednesday, March 1, and in a private meeting suite throughout the show. Contact @CloudGateStudio on Twitter for appointments.

“We’ve been experimenting with full body motion control since we first got our hands on the Vive, but it was never quite right,” said Steve Bowler, President of CloudGate Studio. “Using the Vive Trackers we’ve been able to push the limits of VR and create our Virtual Self system, which lets players see and use their full body in VR. You can now comfortably kick objects, see yourself crouching, and even lie prone with one-to-one accuracy in ‘Island 359.’”