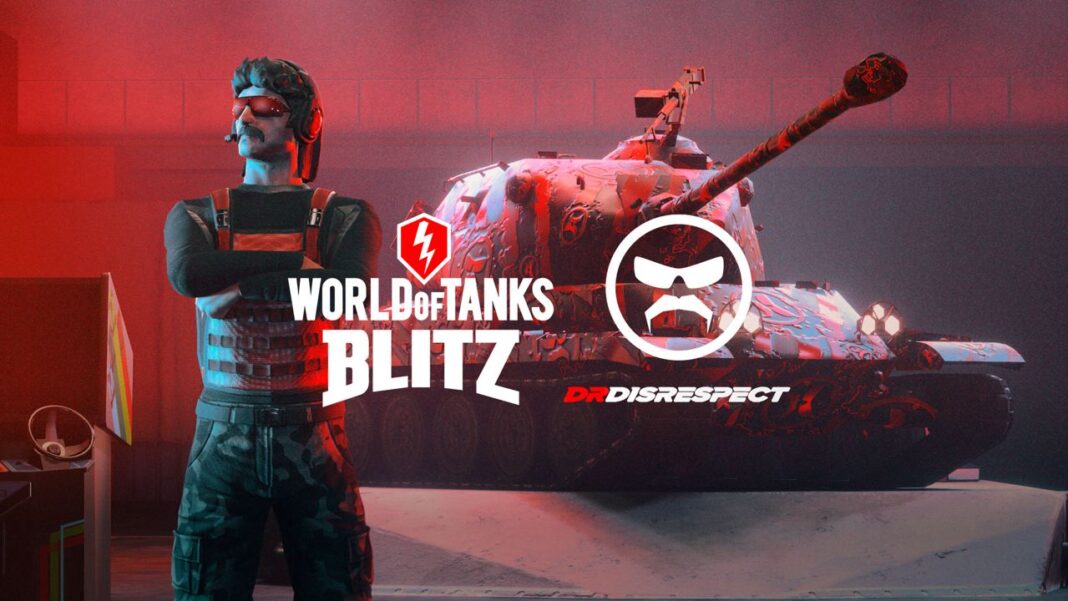 Players can explore The World of Tanks Blitz Arcade Arena, play and vote for the mode they like the most, and receive a coveted Seniority Award. Depends on when you joined the game you can expect various sets of valuable prizes. For those that are with Blitz for 5 years or more there are even tier V and tier VII tanks for grabs. Details about prizes progression can be found here – https://eu.wotblitz.com/en/news/event/seniority-2022/

And what’s a birthday without special guest? Players can hang out with Dr Disrespect in the Blitz hangar, conquer two special quests, and unlock rewards: resources, special animated camo, avatar and more. The birthday event will last from June 23rd to July 7th. For the super tankers, World of Tanks Blitz and Dr Disrespect have dropped an Easter egg in a World of Tanks Blitz co-brand video. Players can prove their hunting skills, by finding a bonus code and unlocking three days of premium.

“There isn’t a better way to celebrate World of Tanks Blitz than with me. Think about it. See you in the hangar.”

“Each year we are passionate about preparing loads of cool gifts, rewards and entertaining activities for players. Additionally, we always use the birthday as a marker to make the game even more visually appealing by deploying new features. We hope our players will enjoy the celebration. Happy Birthday World of Tanks Blitz and thank you to our amazing community worldwide,” said Andrey.

For more information about the in-game activities, please visit: https://tanksblitz.com/