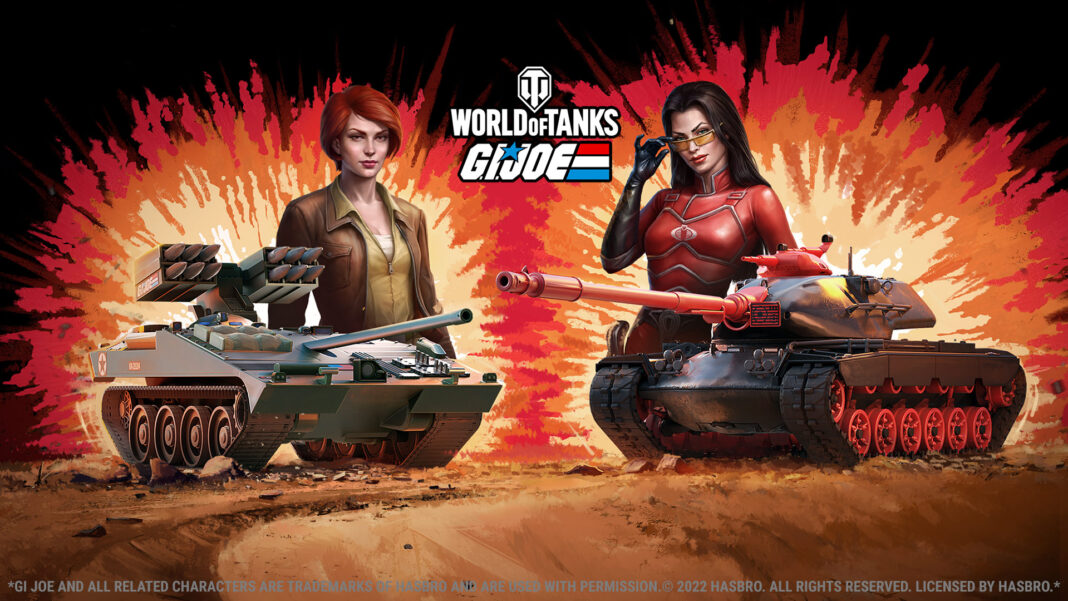 The legendary G.I. JOE: Real American Hero toy line marks its 40th anniversary and World of Tanks is proud to join the celebration of this major milestone.  In 1982, G. I. JOE  33⁄4 in. action figures arrived on toy shelves, delivering a new and adventurous play experience that has endured for decades. World of Tanks commemorates this milestone for the G.I. JOE franchise with new 3D styles, new female commanders, G.I. JOE themed web event, and retro-awesome decals, emblems, and inscriptions for each faction.

Coming to take control of the battlefield; Hasbro’s iconic G.I. JOE characters, Cover Girl and The Baroness (in Crimson Strike Force uniform) as World of Tanks commanders. Both commanders are ready for any challenge the fight may bring. But what is an experienced commander without an equally formidable vehicle? Available to players will be two 3D styles inspired G.I. JOE vehicles: Cover Girl’s WOLVERINE and COBRA C.A.T.

New decals and emblems will be available to mark this special event. Headlining the customization elements is the commemorative, customized G.I. JOE 40th anniversary emblem. Tankers will also get unique decals featuring the legendary G.I. JOE WOLVERINE and the COBRA C.A.T. (Crimson Attack Tank), depicted in all the retro-glory of their original package art.  Emblems include the G.I. JOE Star and the COBRA insignia.

Knowing is half the battle, so head on over to the dedicated article for more information about G.I. JOE 40th anniversary in-game offerings for World of Tanks –