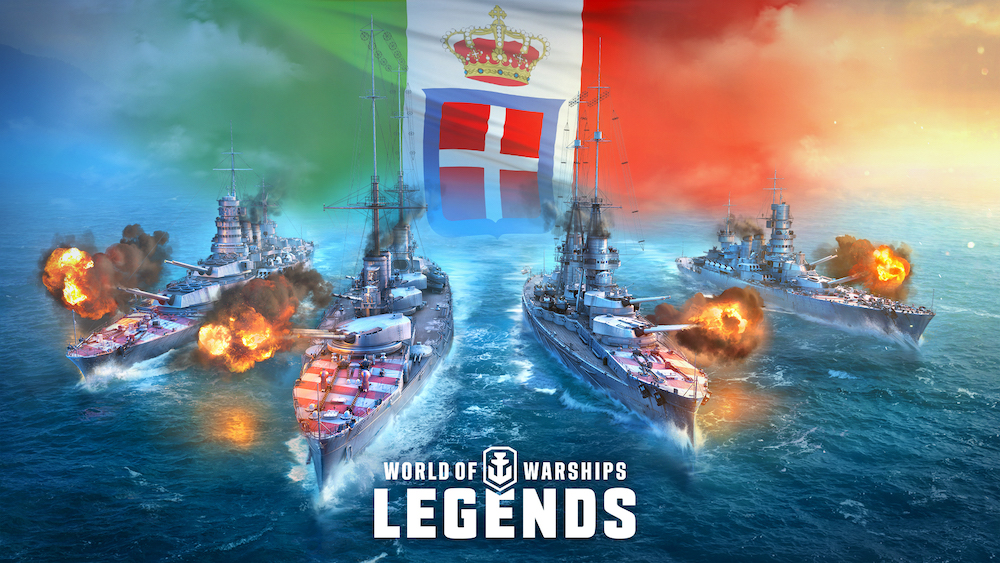 Wargaming, publisher and developer of the naval multiplayer free-to-play game World of Warships, are bringing in the new year with a range of Tier III-VII Italian battleships in the first update of 2022. Alongside this, Azur Lane returns by popular demand, a new five-week campaign is rewarding Brandenburg battleship and emerging for the first time in World of Warships, Xbox and PlayStation crossplay divisions are being flanked by a solo player versus player mode within Ranked battles.

Cross-platform play in divisions is introduced, an important feature allowing up to three players across PlayStation and Xbox consoles to enter into battle together. This feature also includes the addition of a cross-platform friends list.

1v1. No carriers. Five seasons with the ship tiers ascending each season, from III to VII. Great prizes, including Steel. That’s all—get out there and prove you’re the best duelist! Importantly, the ship type matching will allow for any combinations, so you can absolutely get matched in a cruiser against a battleship or a destroyer!

Kicking off the update, a new line of Italian battleships is being introduced, featuring five ships from Tier III Dante Alighiere to Tier VII Vittorio Veneto. Tier III-VI ships are available in Early Access through two varieties of dedicated crates, and Tier VII Vittorio Veneto will be available at the start of the next update. Additionally, two powerful ships are here to stay, joining the ranks of Regia Marina, a rare Roma battleship and brand-new Gorizia cruiser.

Azur Lane is back for a third wave

Azur Lane is back for a third collaboration in Legends, bringing an expanded roster of Commanders to the game. Six new officers, based on Azur Lane characters, are joining the ranks. This includes Littorio from Sardegna Empire, Aurora for Northern Parliament, an officer for Eagle Union and three officers for Sakura Empire. This reinforcement marks an important milestone for the World of Warships: Legends, as the number of Commanders now exceeds 100.

The Pride of Prussia campaign and more!

Pride of Prussia, a new five-week campaign, is here! Players will have the opportunity to obtain Brandenburg, a mammoth of armoured German battleship, close to Bismarck-class peers.

Themed items are being introduced in celebration of the Lunar New Year; at Tier V, Huanghe kicks off the launch of Pan-Asian Premium cruisers, and Tier VII Loyang makes a return for Global XP. Both ships will boast optional festive appearances, alongside the limited-time return of Eastern and Southern Dragon ships.

Wrapping up this update are changes to the Bureau. Both Dragon Fleet and the seasonal Holiday Bureau are being removed to make space for two new projects. The first is the Legendary HMS Minotaur, which will provide substantial credit compensation to reward players who have previously obtained the British cruiser. The second project being introduced into the Bureau is Tier VII Japanese aircraft carrier Kaga, which marks the debut of this kind of ship in the Bureau.