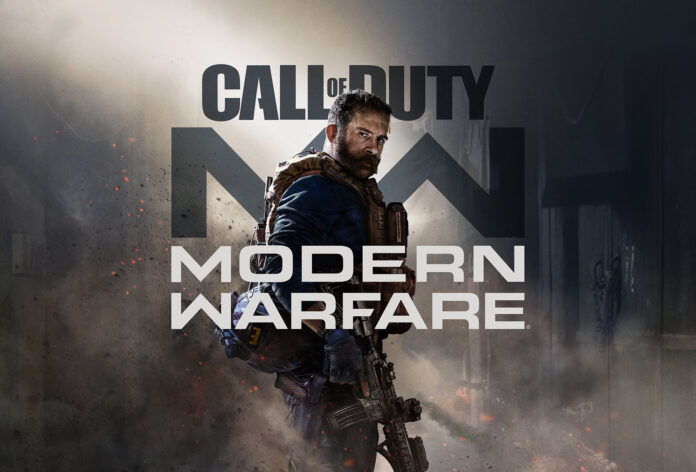 “We’re launching a multilateral force to hunt and contain this threat while we still can.” – Kate Laswell, Station Chief (CIA).

The threat to the world doesn’t end as the sun sets on Modern Warfare’s Campaign.

A greater evil has taken over the Eastern Hemisphere, and it is up to the global alliance Armistice, a joint force of Allegiance and Coalition operators led by Kate Laswell (CIA) and Sergeant Kamarov (FSB), to stop and sever a global terror organization’s access to weapons, funds, intelligence, and hardware.

Welcome back to Special Ops.

Available on all platforms when Modern Warfare launches on October 25, one of the series’ most-beloved game modes is back. Reimagined as a collection of expansive, interconnected Operations against a new and encroaching threat, players will assemble into strike-teams of four to execute multi-phased objectives, which together will advance the overarching story of Modern Warfare.

Within Modern Warfare’s Special Ops are multiple dynamic experiences that take place on a wide variety of maps. The largest and most involved multi-stage experiences unfold across a sprawling urban environment around the city of Verdansk. These 4 player matchmade activities are known as Operations.

Most of the Killstreaks you know from Multiplayer Mode, such as airstrikes and UAVs, will be accessible in Special Ops. In addition, a number of vehicles, including tanks, helicopters, and ATVs, give your squad the opportunity to tackle any Operation at hand in a variety of ways.

Want to go in quietly, or guns blazing? Whatever you may choose, the situation is always fluid, as enemy forces will react to your choices in an attempt to foil your plans. They may deploy more soldiers via helicopters or even bring in a Juggernaut or two to wipe out your Armistice fireteam.

Work together with your team, be prepared to revive squadmates if necessary, and execute the task at hand as best as you can.

A Number of Ways to Play

Locate your intel, neutralize your targets, and acquire ongoing rewards that come with accomplishing Operations and Missions.

Operations: As you infil into one of the many war-torn zones within Special Ops, you and your team have full latitude on how to accomplish your Operations. This Special Ops game mode is a 4 player matchmade activity centered around interconnected experiences that take the form of objectives, each culminating in the removal or destruction of a key logistical aspect of the Al-Qatala army.

Employ different strategies. Go in quietly or tackle the insurrection head-on. The enemy reacts to your team’s decisions, meaning the outcome of any battle can change.

At launch, you will embark on four multi-stage Operations with more scheduled to come throughout the post launch seasons. All post launch Operations will be coming to all platforms simultaneously.

Missions: Complementing the multi-stage Operations, and also available across all platforms, are additional Missions, which can be played solo or with up to four players. Whereas Operations give you the widest breadth of strategic and tactical choice, Missions are a more curated experience where your proficiency with specific weapons, killstreaks, and other tools will be tested. These Missions are extremely replayable, and you’re able to achieve a 1, 2, or 3-star ranking based on your performance. Naturally, there will be an “Infinity Ward time” that you can attempt to beat!

All Operations and Missions content in Special Ops will be available across all platforms at launch and through the post launch Seasons.

Mode Cross-Progression Rewards: As you complete any of the Special Ops content, expect to receive impressive rewards for your combat expertise. Examples include additional unlockable items and equipment that can be utilized in both Multiplayer and Special Ops Modes.

Operations carry over all the Operators, Loadouts, and Progress made in Multiplayer. You have access to your own preferred arsenal to carry out any and all Operations in whatever way you and your squad chooses. Bring your favored equipment, as well as your specific Operator, into the fray.

An Uneasy Alliance: The Armistice Fireteam: As these Operations involve a temporary alliance between Coalition and Allegiance forces, you’re free to pick any Operator you wish. Old differences are set aside. For now!

Cross-Mode Loadouts: Next you can bring your preferred Loadouts, including your preferred Primary and Secondary Weapons, Perks, and Tactical and Lethal Equipment so you’re comfortable in this new combat zone. Got a favored Sniper Rifle or Shotgun that you’ve meticulously crafted, and tailored to your playstyle? Bring it along!

Know Your Roles: Specific to Special Ops are “Roles”: Prior to dropping into play, you’re able to pick from Assault, Recon, Engineer, Demolition, Medic, and Heavy. Each role comes equipped with a Field Upgrade and a class-specific perk. Pick the Role that best suits and reinforces your style of play.

Killstreaks: Prior to beginning an Operation, you’re able to pick three types of Munitions that offer a similar effect to Killstreaks in Multiplayer Mode. Those Munition boxes aren’t part of your equipment but are rather located in a random location across the map; it’s up to you to find and utilize them, whether you’ve chosen (for example) a Precision Airstrike or a Gunship to aid you.

It’s All Up to You Now; Finish the Mission

Special Ops Operations and Missions expand Modern Warfare’s story; whether you and the squad are seizing Al-Qatala assets, tracking down high value targets, or infiltrating a wide variety of enemy strongholds, these operations will bring the Armistice one step closer to making the world a safer place.

So, with that in mind, you have your objective: Acquire your intel. Acquire your targets. Acquire the bragging rights and rewards that come with operations accomplished in Special Ops.

Assemble your squad and report in on October 25th.

We’ll see you there, soldier.