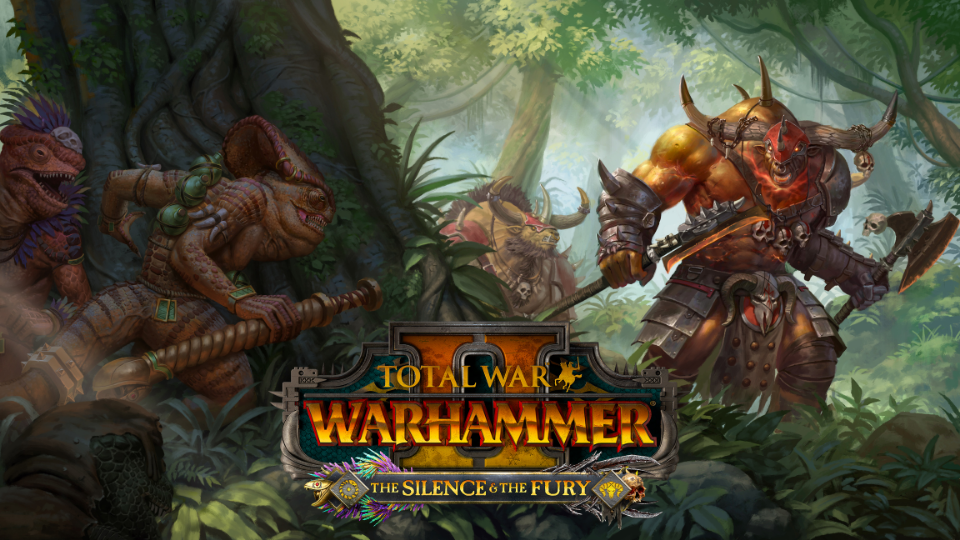 Legendary Lords:
Formed of living brass, the rage-filled Doombull Taurox is nigh-on invincible – save for one area on his gargantuan neck. The Chaos gods whisper to him of a ritual which can eliminate this weakness, but the promises of the ruinous powers are seldom what they seem…

Meanwhile Oxyotl, the revered Chameleon Skink and master of stealth, scents the machinations of Chaos and rallies his cohorts. Taurox must be stopped at all costs, lest a new tide of Chaos sweeps the world.

Each leads their own faction and features new characters, units, unique gameplay mechanics and narrative objectives.

New Units:
Charging into battle alongside their lords are several new units to bolster both the Beastmen and Lizardmen ranks. Standout units include the grotesque Jabberslythe which is an unholy fusion of multiple monsters, the gargantuan multi-limbed Ghorgon, and the ferocious twin-tailed Troglodon.

Free Content:
A deadly assortment of free content will be coming alongside this pack. This includes a brand-new Legendary Lord for the Dwarfs, an additional Hero for the Beastmen and some brutish mercenaries who will be recruitable in-game should your destructive exploits catch their attention.

More information about this content will be revealed very soon.

Old World Update:
Last but not least, this Lords Pack also ushers in Old World Updates for both the Beastmen and Dwarf races. This update dramatically overhauls numerous features for both races, meaning their campaigns are more fun, engaging and offer a more lore-thentic experience.

More details on The Silence & The Fury can be found on the Total War FAQ here.